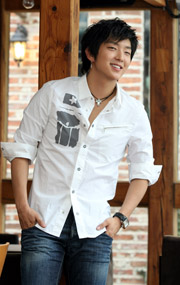 Actor Lee Joon-ki was appointed goodwill ambassador by the Korea Tourism Organization yesterday in a ceremony at the KTO, Jung District, central Seoul.

“I’m proud to have this opportunity to promote Korea,” Lee said. “I hope this will be a chance for me to show you a more productive side,” he added.

“We hope that Lee will help vitalize the Korean tourism market,” a KTO official said. “There has been a downturn in tourism since the outbreak of the A(H1N1) flu virus.”

An actor widely known in Asia for hit films such as 2005’s “The King and the Clown,” Lee gave two fan appreciation concerts in China last May for an audience of roughly 10,000 people. He was a representative for the Seoul Hallyu Festival last year.