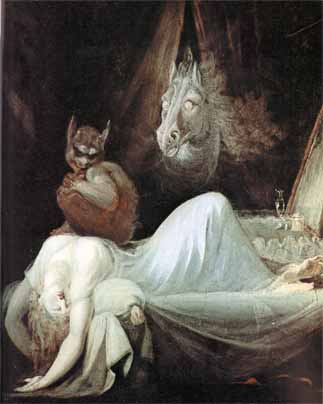 It could very well be the 200-year-old portrait of a woman related to Sadako, the girl who famously crept out of a TV set ? hair covering her face ? in the Japanese horror film “Ringu” (1998). If you look at this painting at night, it’s easy to imagine that the woman will suddenly jerk to life, raise her head and gaze at you through her hair, striking you dead with her blood-red eyes!

Actually, though, I fear she might drop her head further and further as she sinks deeper into the never-ending darkness and silence, pulling me down into the abyss of despair with her.

As in Silence, the Swiss-born English painter Fuseli was excellent in summoning fear from the depths of the human mind without relying on the skeletons found in medieval paintings or the gory, grotesque scenes in Baroque works.

Among such paintings by Fuseli, the most famous one is “The Nightmare,” the first of which was released in 1781. A later version from 1790 depicts a woman troubled by a nightmare that takes the form of a sinister creature with a bat-like head perched on her breast and a horse peering out from between curtains. The creature on top of the woman’s breast is an incubus, a demon of European legend that supposedly sits on those who are sleeping. It’s similar to Gawi, a Korean word that refers to a nightmare, which originated from tales of a ghost that surmounts sleepers. 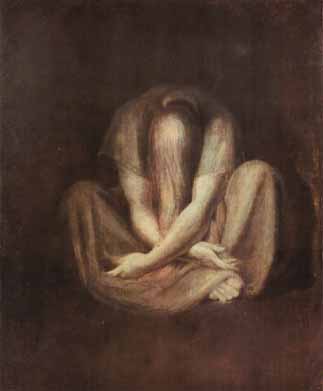 Fuseli’s The Nightmare not only appalls at first sight but also leaves an eerie taste behind that will stick with you for a long time.

Many art critics, pointing out that Fuseli proposed to a woman a year before painting the first version of The Nightmare but was shot down by her father, say that the painting shows Fuseli’s desire and dark anger for the woman. According to this interpretation, the incubus in the painting is Fuseli himself.

But I think the woman in the painting might be suffering from her own desires and guilty feelings due to those urges. In societies where sensual desires are regarded as sin, such feelings are repressed in ordinary times but appear in artwork and legends as distorted monsters, when people are in a half-conscious state. In other words, when their state of reason is diminished.

Regardless, The Nightmare is an exquisite representation of repressed sexual desires decades before the psychoanalyst Sigmund Freud (1856-1939) seriously discussed the topic. 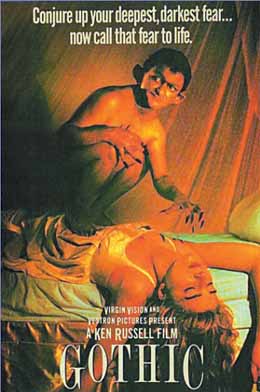 So what was conservative English society’s reaction to the provocative painting when it was unveiled? Surprisingly, it was wildly popular. That’s partly because Gothic fiction was in vogue at the time. Gothic novels were scary but romantic stories featuring ghosts, vampires, demons and magic against the backdrop of medieval castles. The popularity of such novels was a kind of resistance against the development of science and the spread of the philosophy of enlightenment, whose essence revolved around the firm belief that human reasoning can solve every problem.

The Nightmare, which was created in such a cultural atmosphere, influenced other works as well, such as “Frankenstein,” a creative variation of Gothic fiction and the forerunner of modern science fiction.

In the introduction to her final revision of Frankenstein in 1831, Shelley said she was inspired by a dream in which a scientist applied electricity to “the thing he had put together” and then “the hideous phantasm of a man” showed signs of life, terrifying the scientist.

As she describes the next scene, “He [the scientist] sleeps; but he is awakened; he opens his eyes; behold, the horrid thing stands at his bedside, opening his curtains and looking on him with yellow, watery, but speculative eyes.”

This paragraph is directly associated with The Nightmare. In addition, the description of the scene where Victor Frankenstein’s bride, Elizabeth, is lying on a bed after being killed by the monster brings up the image of the woman in the painting, as some literature critics point out.

Accordingly, The Nightmare has been used for the covers of several editions of Frankenstein, including the 2006 Longman Cultural Edition. And, in the 1931 classic film version of the book, directed by James Whale, the scene involving the dead bride of Frankenstein looks just like The Nightmare. 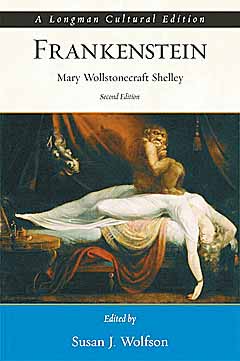 The cover of the 2006 Longman Cultural Edition of “Frankenstein”

Also, the poster for the 1986 movie “Gothic,” directed by Ken Russell, is a photo reproduction of The Nightmare. The movie tells the fictional account of the night that Mary Shelley gave birth to the book Frankenstein.

Fuseli described repressed desires as things that are easily killed by reason but are also “monsters that the sleep of reason produces.” Shelley described the monster in Frankenstein as the result of excessive belief in reason and science. These are based on the views of the artists, who lived in the Age of Reason but saw the limits of the time.