Is 11 billion won really that unfair?

Is 11 billion won really that unfair? 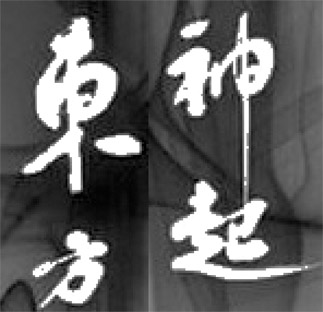 In 1962, Japanese record producer Johnny Kitagawa unleashed the Johnnys, a group of four handsome young boys. The members’ ages at the time ranged from 16 to 18. When they became successful, Kitagawa founded an entertainment agency specializing in boys and young men who could become teen idols. This is how Johnny & Associates, which has ruled the Japanese entertainment industry since then, started.

It would not be an exaggeration to say the history of the Johnnys is the history of teen idols. It may seem that The Jackson 5, with the young Michael Jackson, was the prototype of the boy band, but in fact, the first boy group in the United States produced as a “planned product” after selecting talented teenage boys was the New Kids on the Block in 1984.

Johnny & Associates, which was more than 20 years ahead of the United States in that field, has firmly maintained the top spot by continuously releasing idol stars such as Shonentai, SMAP and the currently popular KAT-TUN. Only recently has a Korean idol group begun to break through Johnny & Associates’ monopoly in Japan. That group is Tong Viang Xien Qi.

Since advancing into the Japanese market in 2005, TVXQ has sold more than 2.34 million CDs, including singles and albums. Last year, it had a record six No. 1 singles. The internal trouble at TVXQ is news not just in Korea. Fans all over Asia are sensitive about any rumors of a breakup.

Three of the group’s members are objecting to their agency’s treatment and alleged unfair division of profits, saying, “A contract term of 13 years is actually a life contract.”

The agency, S.M. Entertainment, counters that their division of profits was fair and they have given around 11 billion won ($9 million) to each of the members over the years.

Thirteen years is definitely a long time, but is 11 billion won really unfairly low? According to public information, sales for S.M. Entertainment from 2004, when TVXQ debuted, to 2009 totaled 148.7 billion won. If a company with average annual sales of less than 30 billion won were to pay one of its departments 11 billion won over five years, this would hardly be seen as “exploitation.” The total sales revenue and expenditure of this company over the past four years adds up to a 6.4 billion won deficit.

One important rule in the close to 50-year history of Johnny & Associates is this: “No celebrity who started out as a member of an idol group has been more successful solo than when he or she was a group member.”

This is the case for Korean idols who have been active for around 20 years too. In addition, the TVXQ brand is still growing, targeting the whole of Asia. This means there are still more profits to reap.

I look forward to a settlement of the conflict, in the interests of the whole nation.