Indelible images of a pop icon

Indelible images of a pop icon 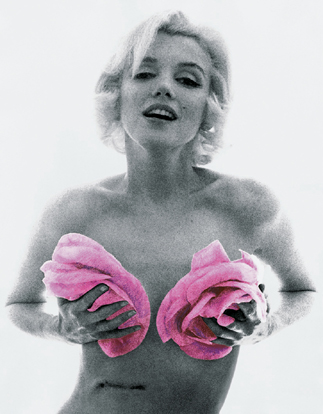 
Only a handful of actors and actresses from the 1950s and 1960s are considered iconic figures today.

Among that elite group, Marilyn Monroe arguably reigns supreme, easily ranking up there with the biggest pop culture symbols of all time. And like many celebrities and notable figures who died young, an aura of mystery still surrounds the American entertainer.

A collection of photographs currently on display at the Chosun Ilbo Gallery in Seoul provides a glimpse of Monroe in the weeks leading up to her untimely death at the age of 36.

The exhibition, titled “The Last Sitting,” includes 60 pictures of the famous actress taken by Bert Stern in a Hotel Bel-Air suite in Los Angeles over a three-day shoot in June 1962. Monroe died on Aug. 5 of that year from an accidental drug overdose - though conspiracy theories abound.

The images represent a sliver of the 2,571 photos Stern took of Monroe for Vogue magazine during the shoot, and it’s the first time they have been shown in Asia.

The photos are intimate and sensual, showing off Monroe’s natural beauty and seductiveness. She is nude in many of them, covered only by a bed sheet, a shawl, pink roses or even pearls. The collection brings her free spirit to light, offering a unique glimpse into her allure.

In a pamphlet for the exhibition, Stern wrote about his thoughts leading up to the shoot.

“All I had to do was to figure out how to get what I wanted: pure Marilyn in the nude,” he wrote. “Maybe the only way I was going to get it was through illusion: a screen, veils... She was the real thing. I forgot my marriage, my baby, my dream life in New York, everything but this moment. I was in love. ‘You’re beautiful,’ I said [to Monroe].”

Stern is an American celebrity and fashion photographer who also took photos of Audrey Hepburn, Elizabeth Taylor and Madonna, among others.

Monroe starred in films such as “Gentlemen Prefer Blondes” and “The Seven Year Itch,” becoming one of Hollywood’s most popular and glamorous actresses. Her memorable performance in William Inge’s “Bus Stop” was hailed by critics, and she won a Golden Globe Award for “Some Like it Hot.” As her fame grew, artists such as Andy Warhol used her image in their works.