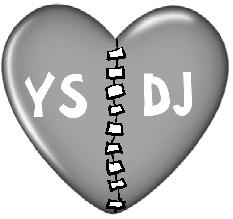 Political rivals have always existed and added color to world history books, but it’s not often that we see rivalries as scandalous, bitter and long-lasting as the one between former Japanese prime ministers Kakuei Tanaka and Takeo Fukuda.

The Japanese press dubbed their rivalry as the “Kaku-Fuku war.”

The power struggle between the two heir-apparent politicians of the Liberal Democrat Party kicked off when Tanaka beat Fukuda in becoming prime minister in 1972. The two have since tossed and turned in contests over party leadership.

The two widely differed from birth.

Born into a poor rural family, Tanaka was a self-built entrepreneur who dropped out of middle school. Fukuda, on the other hand, strictly followed the elite path, graduating from the University of Tokyo and serving as a civil servant at the Finance Ministry and taking other top cabinet offices.

The two rarely spoke in public, but pooh-poohed one another in private. Tanaka dismissed Fukuda as a man of little ability while the latter sneered at the former as ignorant and unsophisticated. The two have long left this world, but their battle continues among their political descendants.

The Tanaka faction broke away from the LDP, with its latest heir, Ichiro Ozawa, wielding power over the main opposition Democratic Party until earlier this year.

The sparks of the bitter rivalry were also faithfully passed down in the family. Tanaka’s daughter Makiko and Yasuo Fukuda served as the foreign minister and chief cabinet secretary, respectively, in the Koizumi cabinet, wrangling over every possible political issue.

The relationship between longtime political rivals here ?? former presidents Kim Young-sam and Kim Dae-jung ?? has been no less bitter, interwoven and contentious. They became allies when fighting a common enemy like an anti-democratic event or figure, but were merciless and uncompromising in the race for power.

Visiting ailing Kim Dae-jung in his sickbed, Kim Young-sam described his old rival as “my friend and competitor.”

“Our relationship was so unique and special that it is hard to find a similar example in the world,” he added. Unlike their Japanese counterparts, they have chosen to bury the hatchet before their time came.

Now it’s time for Kim Dae-jung to return his rival’s courtesy call. We sincerely wish to see Kim Dae-jung regain health and to see the two Kims clasp hands to finally seal the generation of animosity and feud in modern Korean political history.

The writer is deputy political news editor of the JoongAng Ilbo.