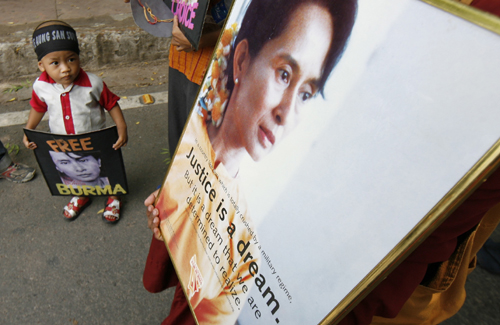 A child looks on as pro-democracy activists in Myanmar hold portraits of opposition leader Aung San Suu Kyi during a protest in New Delhi yesterday. India called for political reforms in military-ruled Myanmar on Tuesday after a court sentenced Aung San Suu Kyi to 18 months house detention, a verdict that has drawn widespread condemnation. [REUTERS]