Making our mark with makgeolli

Making our mark with makgeolli 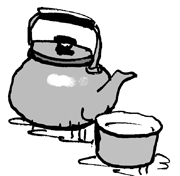 Scotch whiskey is from Scotland, sake is from Japan, and when people think of vodka, they naturally think of Russia as its place of origin. But which country does vodka come from? The answer to the question came at a price.

According to Japanese writer Mari Yonehara’s “Food Experience Chronicles,” liquor companies in Europe and the United States laid claim to vodka in 1977, saying that the vodka produced by the government of the Soviet Union could not be sold as vodka because they had produced it first in 1918, five years before the Soviets had.

It was an absurd claim from the point of view of the Russians, who had been drinking vodka for hundreds of years.

However, the most formidable foe was Poland. In the same year, 1977, the Polish government filed a lawsuit with the International Court of Justice stating that vodka was invented in Poland in the 16th century and other countries could not use the name “vodka.”

The government of the Soviet Union, which had been rather laid-back about the matter until then, was suddenly shocked into action. A materials research team was quickly assembled to pore through piles of ancient documents.

In 1982, after a five-year dispute, Russia was officially recognized as the “birthplace of vodka” and the year the beverage was concocted was established as 1446.

Such disputes are familiar to Koreans. Korean people remember the painful incident that almost changed the official spelling of kimchi, the fermented food we are all proud of, from “kimchi” to “kimuchi.”

That dispute ended in 2001, when the Codex Alimentarius Commission recognized “kimchi” as the official transcription.

Recently, the traditional alcoholic beverage makgeolli has surfaced as a point of interest. With makgeolli gaining popularity in Japan, the talk that large Japanese liquor companies will produce “Japanese makgeolli” is making Korean liquor makers nervous. Some are concerned that Korea will lose its market to “matkoli,” as it is pronounced in Japan.

Needless to say, because of a series of incidents it doesn’t seem as though makgeolli’s country of origin will change.

Korea is not the only country that has coarse liquor made from rice. Japan has nigorizake and China began drinking yo, a rice wine, a long time ago. The existence of other alcoholic beverages made of rice are rather what make the excellence of makgeolli stand out.

Russia relinquished its position as the largest vodka-producing nation to the United States a long time ago.

I look forward to the development of the liquor industry and the continued popularity of makgeolli as a Korean product.