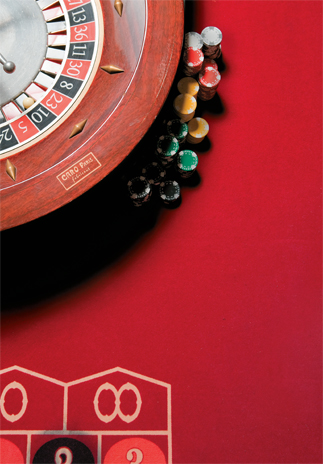 Economies around the world continue to suffer the effects of one of the worst financial crises in history, but there is at least one entity that seems to have escaped: the casino business.

Korean casinos have until recently operated with a mixture of success and suspicion but most have managed to survive and some have even turned in sizable profits. They hope their next move will be an expansion into the tourism industry, but with the Korean government looking to put a cap on casino earnings, it remains to be seen whether that’s a bet that will pay off.

Kangwon Land, the only Korean casino that allows Korean citizens to gamble, posted its biggest profits ever in the first quarter of this year. The casino’s operating profit accounted for as much as 136 billion won ($108.9 million) of its 309 billion won in sales that quarter. Meanwhile, the number of visitors increased 9 percent from the previous year and its stock price increased to a record 17,000 won, which is 34 times its face value of 500 won.

Paradise Group, another major casino operator here, has also seen a 57.5 percent sales increase, turning a deficit of 800 million won into a surplus of 15.6 billion won. 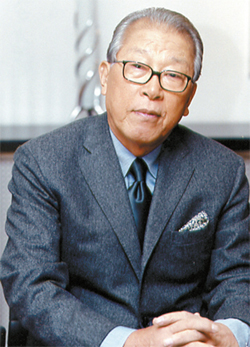 Even Las Vegas and Macao, places that are famous for their casinos, have felt the effects of the economic downturn. Las Vegas saw some of its casinos filing for bankruptcy in the latter half of last year. However, that reversal of fortune was reported to have largely been the result of excessive overseas investment, meaning that the casino business has essentially remained profitable.

When asked about the secret to the company’s success, Choi Young, CEO of Kangwon Land, said that part of the reason was that casinos provide one of the few sources of entertainment for middle-aged people in Korea.

It makes sense that people would turn to gambling in times of trouble.

Apart from mythology, the earliest instance of gambling in human history can be traced back to ancient Egypt in 1,500 B.C. The Bible also depicts games that are heavily dependent on chance and luck. And the story about Jonah surviving inside the stomach of a whale for three days after being thrown overboard was the consequence of a draw between sailors who thought they could calm the sea with a human sacrifice.

Korea’s history with casinos has not been as long as all that, but it has had its own twists and turns. The first casino opened in 1965 when Yu Hwa-yeol asked the late Chun Rak-won, who was president of Paradise Group at the time, to run the Olympus Hotel in Incheon, the first large-scale hotel in Korea to be built with private funds. Although the hotel was well received at first, it eventually went out of business because there just wasn’t a market for luxury hotels in the country - yet.

Things began to change when President Park Chung Hee visited the hotel a year later in 1966 and agreed to provide it with financial support. Taking advantage of the opportunity, Yu and Chun came up with a proposal to open casinos, asserting that doing so would bring foreign currency into the country and a portion of the profits could be used to help families still suffering from the Korean War.

After Paradise Group took over in 2000, the hotel changed its name to Paradise Incheon.

Chun went on with the casino business and opened a foreigner-only casino at the Sheraton Walkerhill Hotel in Gwangjang-dong, Seoul, in 1968. As there were few other places where foreigners could go to enjoy a night out back then, the Paradise Walkerhill quickly became one of the hottest spots in Seoul.

Chun’s success in Korea prompted him to go looking for other markets abroad. In the late 1960s, he participated in the Genting Highland Hotel Casino in Kuala Lumpur, Malaysia, and shipboard casinos in Miami. In 1973, he became involved with the casino in the Safari Park Hotel in Nairobi, Kenya. Later, the business networks Chun established in Africa contributed a great deal to Seoul’s hosting the 1988 Olympics, which ultimately earned him a distinguished service medal from the government.

The Paradise Group dominated the casino business in Korea until the late 1980s. However, things began to change when the Roh Tae-woo administration began deregulating business. Five new casinos were given licenses to operate on Jeju Island with the hope that the increasing number of Japanese tourists to the island would help generate revenue. But the demand was not enough to meet such a sudden increase in supply. These days, only three or four of the eight casinos on Jeju Island regularly manage to break even.

Casinos did not become a part of the tourism industry in Korea until August 1994, when a tourism development law revision that included the casino business was passed. Until then, the casino business had been seen as little more than a group of gambling houses.

“This was when the domestic casino industry, which had been strictly regulated by the police, emerged from out of the shadows,” according to Kwon Young-ki, the director of the Casino Industries Association.

The landscape of Korea’s casino industry underwent another major change in 2006 when Grand Korea Leisure, a company affiliated with the Korea Tourism Organization, launched the Seven Luck chain of casinos in major cities across the country: one at the Coex Mall in Samseong-dong, southern Seoul, another at the Millennium Seoul Hilton hotel near Seoul Station, and a third at the Lotte Hotel Busan.

“It is good to have competitors so that we don’t get too lax,” Paradise CEO Choo Ho-suk said.

However, the industry is still facing some significant barriers. The general perception of the casino industry is still negative in Korea, which serves to block its expansion. Part of the reason for this is that the Confucian emphasis on ethics is still prevalent among Koreans, which does not bode well for people who like to gamble as they are often viewed with derision.

With this sort of public sentiment, government support for the industry has declined. The National Gaming Control Commission recently announced a plan to put a cap on casino industry earnings, which accounted for 0.67 percent of the country’s GDP last year, to 0.58 percent by 2013 in a bid to curb gambling. A number of other regulations such as restrictions on advertising and fines for exceeding the cap are also in the works.

However, there are doubts about whether the policies will be effective. It has been acknowledged that regulating casinos doesn’t necessarily guarantee a decrease in gambling. Moreover, it seems that the government’s policy of barring Korean citizens from going to casinos while encouraging foreigners to do the same is contradictory.

“It’s time to focus on the economic benefits that the casino business will bring to the country, not the short-term benefits of regulating it,” said Choo.

Some say there is a reason why Singapore, a country famous for its strict code of ethics, has allowed casinos to operate. Japan and Taiwan are considering allowing casinos to operate in their countries as well.

“It is important for the government to carry out a policy of telling young people about the negative effects of gambling so as to decrease demand in the long run, while at the same time pointing the existing value-added industries in the right direction,” said Lee Jang-hyuk, a professor of business administration at Korea University.