Humility in the face of pandemics

Humility in the face of pandemics 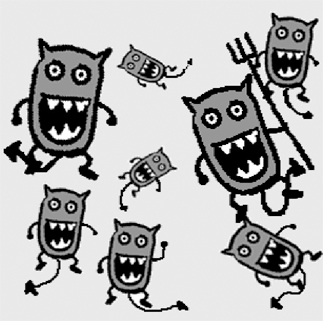 The number of Spanish troops that conquered the Aztec Empire when they invaded the New World in 1519 was only 600.

Was it because the intrepid military skills of the conqueror Cortez were superior to those of the conquered? Or was it due to the overwhelming military might of the Spanish troops who were armed with rifles and other weapons that the Aztecs and other civilizations here did not posses?

The truth is that the enigmatic “invisible hand” that helped the Spanish win was nothing else but smallpox.

The wild spread of smallpox among the Aztecs was the source of the victory. While the Spanish soldiers were immune to the plague, the natives of the New World helplessly fell victim to the disease, which was newly introduced there.

In the eyes of the Aztecs, the Spanish soldiers’ strength in the face of smallpox proved that they were none other than “the descendants of God.” They decided to convert to Christianity, deserting their traditional gods.

As smallpox, which was first introduced in Mexico, spread to South America, the Inca Empire lost two-thirds of its population to the epidemic. Like the Aztecs, the Inca Empire was weakened by smallpox and was forced to surrender to Spanish conqueror Francisco Pizarro’s army in 1533.

Historically, the most severe damage mankind suffered from an epidemic was when the Black Death swept through Medieval Europe in the 14th century. The terrible disease, now thought to have been the bubonic plague, halved the population of Europe.

Influenza, which is generally taken lightly today, can also be a deadly disease. The 1918 flu pandemic caused more casualties than those from World War I.

The history of human beings is the history of struggle against the spread of contagious diseases. The outbreak of new virus breeds have not only caused disastrous damage to mankind, but have also changed the course of history.

Whenever such disasters took place, mankind managed to overcome them and continued to develop science and civilization. But viruses evolve too, and no matter how much we innovate, there will always be new diseases.

Moreover, the outbreak of a new flu variety like the A(H1N1) virus should shake our modern complacency about disease.

We must listen to nature’s warning and be both vigilant against and humble in the face of the A(H1N1) virus and future pandemics.