Centuries have passed since it was written, the paper is discolored and the binding is worn. But the impact of this seemingly humble book resonates to this day.

These details about the book are basic knowledge for many Koreans. Not only is it taught in classes on Korean history, but the story behind the book and its author have been reproduced in Korean novels and television dramas. There are also numerous versions of the book floating around in print and on the Web.

Since 1991, Donguibogam has enjoyed more than just widespread recognition here. In that year the Korean government designated the book as Treasure No. 1085, although quite belatedly, endowing the book with the official status and care befitting such an important historical record.

On July 31 this year the book earned recognition on a global scale when it was listed in Unesco’s Memory of the World Register, based on an application submitted by Korea’s government-run Cultural Heritage Administration.

The Unesco list, which has 193 items of documentary heritage from 83 countries, also includes the Vienna City Library’s Schubert collection, manuscripts and correspondence of Hans Christian Andersen and the 1939 film “The Wizard of Oz.”


Diagnosis and treatment in Donguibogam

The contents of the book are divided into five categories: internal diseases, external diseases and somatology, other diseases in gynecology and pediatrics, medicinal decoction and acupuncture.

The diagnoses and treatments in Donguibogam are still referenced by medical professionals working in Eastern medicine and by ordinary people. The book is written so that it is easy to understand and most of the ingredients needed for the treatments can be found relatively easily.

“When people undergo a significant amount of emotional trauma, they may experience a weakened heart rate, nausea and anxiety. If those symptoms continue for a long time, they could develop into amnesia,” a chapter on internal diseases warns. “Insingwisadan, which is made of cow’s gallbladder, should be prescribed to cure amnesia.”

The chapter on somatology and external diseases suggests a remedy for stiffness of the neck: “Stiffness of the neck, front or back, is often caused by humidity in the body. Chinese quince is effective when you cannot move your neck due to tensed muscles.”

Other suggested treatments are more akin to folk remedies: “Inducing vomiting is one of the oldest medical practices. Renowned doctors from long ago have used it, in addition to inducing sweating and diarrhea. For patients in the early stages of disease, vomiting should be induced. But for patients in advanced stages of disease or those who are old, weak and frail, vomiting should not be induced.”

Publication of Donguibogam was a major project initiated by the state. It was King Seonjo (1552-1608), Joseon’s 14th monarch, who ordered that the book be written. The king lamented the deaths of his people, including his children, from various infectious diseases that were incurable at the time, so he assembled a group of literati to work for Heo, in what would have been today’s version of a government committee or task force.

According to historical records, their work consumed a great deal of time, materials and resources even by today’s standards.

Compiling the material took more than 10 years. Three more years were needed to engrave the text onto woodblocks and print it for mass distribution. Experts estimate the total cost would have reached into the tens of billions of won, or tens of millions of dollars, in today’s money.

Although Heo Jun used Chinese medical books as references when compiling “Donguibogam,” he modified the prescriptions and medicinal ingredients they described to suit the Korean constitution and climate. [JoongAng Ilbo]

Although Hangul, the Korean writing system, had been introduced by King Sejong the Great (1397-1450) around 1443, well before work on the book began, Heo wrote Donguibogam in Chinese characters, or hanmun, an indication that Chinese was the primary language used in academia even after the Korean alphabet had been introduced.

But parts of Donguibogam were translated into Korean - three of the 25 volumes, to be exact. Experts believe that these three books were translated in the mid-19th century, judging from the transcription and grammar used. They say that it looks like there were efforts to translate all 25 books into Korean, but that the work was somehow not completed. The three books are currently being kept at the Academy of Korean Studies.

An official with the Korean National Commission for Unesco has said that most of the work that was done to have Donguibogam added to the Unesco list, which began in 2007, was done quietly, because there were concerns about objections from China.

After all, Donguibogam was an attempt to compile all of the traditional medical practices in East Asia at the time, many of which originated in China, and it took as its sources some 80 Chinese medical books.

Choi Yeong-ho, an official with Korea’s welfare ministry who attended the Unesco meeting last month, also said that China watched the process closely, posing the threat that it could claim ownership of the practices.

China has filed an application for its Eastern medical practices to be registered as an Unesco Intangible Cultural Heritage, but the application has yet to gain approval.

On this Park Seok-jun, the director of Korea’s Eastern Medicine Science Research Institute, argues that although Heo Jun did use Chinese medical books as source material, Donguibogam is an original work to the extent that the prescriptions and medicinal ingredients it describes have been modified to suit the Korean constitution and climate.

Experts also say that the fact that Donguibogam was a steady seller in neighboring countries like China and Japan, having been reissued in those countries on numerous occasions, provides further evidence of the book’s worth.

Another controversy stems from the decades-old conflict between Oriental and Western medicine. Shortly after Donguibogam’s inscription to the Unesco list, the Korean Medical Association released an op-ed piece saying that the book’s inscription does not indicate that the world has recognized Oriental medicine as a science and that the book is a historical document and not a scientific medical book.

The association cited the book’s inclusion of what it calls “nonsensical medical practices” like “becoming invisible,” “how to see ghosts,” and “how to change a fetus from female to male.” And Donguibogam does contain mention of those practices.

Kim Nam-il, a professor of Oriental medicine at Kyung Hee University, says that it’s unlikely that Heo actually believed in those methods, but included them in an effort to give hope to desperate patients. He added that such content should be understood in a cultural context and should not be judged by medical standards.

In 2007, the World Health Organization released a glossary on internationally recognized spellings of Eastern medicine-related terminology. And since 2007, the Association of Korean Oriental Medicine has been holding forums with experts in Oriental medicine from other countries on the standardization of acupuncture.

Against that backdrop, the association has also been holding annual sessions explaining to Eastern medicine practitioners ways to increase business overseas since last year. In addition, schools and hospitals specializing in Eastern medicine have launched courses for foreigners in recent years. 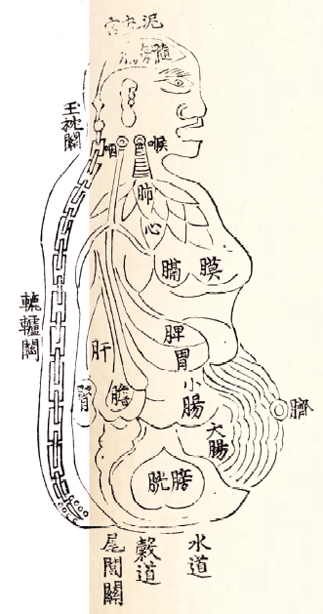 But the work of translating Donguibogam into English has only just begun.

In 2006, the Korea Institute of Oriental Medicine set up a committee to commemorate the 400th anniversary of Donguibogam and has been working on various projects to disseminate it, including translating the text of the ancient medical book into English.

“The translation work is about 25 percent done. However, we cannot be sure when it will be completed,” Kim Seung-eon, a member of the committee. “We’re also uncertain as to how we will introduce the English-language Donguibogam to the world - whether as a publication, a Web site or through another medium. In that sense, we have a lot of work ahead of us.”

Kim did say that because translating all 25 volumes of Donguibogam will take a considerable amount of time, the committee is working on areas of high interest overseas first, such as acupuncture.