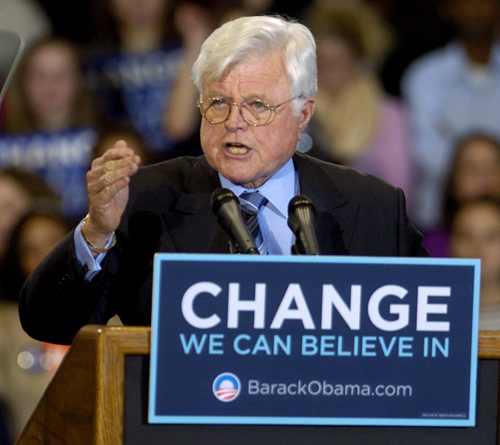 U.S. Senator Edward Kennedy (Democrat-Massachusetts) makes remarks at a rally for Barack Obama, who was then a Democratic presidential candidate, at American University in Washington in this Jan. 28, 2008 file photo. Kennedy, a major figure in the Democratic Party who took the helm of one of America’s most fabled political families after his two older brothers were assassinated, died yesterday. He was 77. [REUTERS]