Love of learning drying up

Love of learning drying up 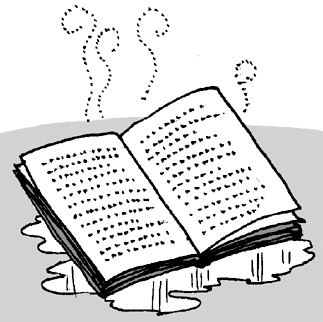 In ancient times, Koreans had a tradition of marking the end of the rainy season. When the weather was still hot but less humid, they gathered up their personal items and dried them in the sun. Farmers would spread out rice and other grains and women dried their clothes.

The tradition was usually performed after July 7 on the lunar calendar. In the Han Dynasty of China, this tradition became an annual event called poshae, or “basking and drying.”

Chinese scholars used the event to dry worm-eaten books. The type of paper used in the books was vulnerable to the humidity.

During the Joseon Dynasty (1392-1910) in Korea, scholars dried books and important documents like the chronicles of the royal family in the sunlight.

In China’s Wei and Jin dynasties that emerged after the Han, poshae was still popular but the practice had changed to one of displaying one’s wealth. People started to take out furniture, colorful dresses and all kinds of antiques in their courtyard in a show of ostentation.

People began to criticize the snobbishness of this event, according to episodes related to the historical tradition of drying books. In one story, a man took out some old clothes and displayed them in his courtyard. If someone asked him why, he snapped, “I do, because others do.”

Another person behaved in a more peculiar way. While other people were busy displaying luxurious furniture and clothes in their courtyards, he undressed and laid on the ground. He did not care whether people came up to him asking, “What on earth are you doing?”

If someone asked, “Why are you lying down without clothes?” he replied, “I am drying up books in my bones.”

Although the poshae tradition was infected with greed and boastfulness, it also shows an aspect of Oriental society where knowledge and education were respected as lofty values. Watching their parents carefully move books into the drying sun would have taught children the value of knowledge and education, and the importance of books to a society.

Yesterday was July 7 on the lunar calendar. I wonder what we try to dry in the sun now. Many would probably joke that people today are more likely to want to dry their luxury goods in the sun instead of books. Some skeptics might even say that people are more keen to dry their costly plastic surgery than their knowledge and education. Considering that off-the-cuff emotions take the upper hand over knowledge and education in Korean society, such a practice would be natural.

But I regret books and education are losing their weight in our society.