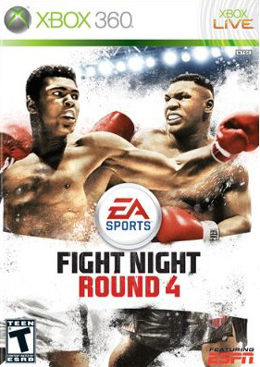 It took nearly three years, but it was worth the wait.

The latest edition of the Fight Night series is definitely the best sports game out so far this year, though I’m sure we can expect at least one or two more quality ones in the coming months.

The biggest improvement to the title this time around is the actual gameplay. While the previous version was fun in its own right, the latest edition definitely offers more. The heavy focus on counterpunches and the danger of it dazing your boxer forces you to fight strategically instead of throwing wild punches in hopes of landing a shot.

While previous editions forced players to chip away at opponents’ energy levels before dazing and then knocking them out, the latest edition replicates a real fight in that a boxer can be knocked out at any given moment with a solid punch to the jaw. Some of these lethal punches actually come with no warning in the first round.

The only drawback to the actual fights is the commentary from Larry Merchant and Teddy Atlas. Atlas’s exaggerated comments get old real quick, and you are likely to hear just about all the two have to offer by the end of your second fight.

The roster of players, however, has increased to include a total of 40 licensed legends, current boxers and additional downloadable fighters.

The most noticeable addition is Mike Tyson and his peek-a-boo style. Prior to serving time in prison, Tyson was the best in the sport. His power, speed, defense and eagerness to hurt people might never be matched again in the heavyweight division, and it’s good to see him in the game. While Muhammad Ali and Joe Frazier have been mainstays in the heavyweight division of the game, youthful-looking versions of George Foreman and Lennox Lewis have also been added to the list. I don’t quite understand the reasoning behind the appearance of Tommy Morrison, though.

The roster also reflects the current state of affairs in boxing, with the welterweight division offering the most and best fighters in the game. Fight fans will like the fact that Manny Pacquiao, Miguel Cotto, Ricky Hatton, Shane Mosley and Julio Cesar Chavez have all been included in the welterweight class. But Kermit Cintron? That’s a real head-scratcher. What happened to Paul Williams?

The authenticity of the fighters and their styles is also a big plus.

Although I’m not old enough to have seen Thomas Hearns in action, I’ve seen recorded epic fights between him and Sugar Ray Leonard, Roberto Duran and Marvelous Marvin Hagler. Well, the recreation of the Motor City Cobra is quite authentic, as the lanky fighter packs some serious power in his punch, but also has a glass jaw that can leave him dazed and prone to an early round knockout.

Trying out wild matchups like Ali versus Tyson is one of the beauties of the game. But what makes it truly fun is the legacy mode, where players can either restart the career of a legend or create a fighter from scratch and fight up the ranks. Gamers can increase the popularity of their boxers by winning pay-per-view fights and accomplishing various missions.

The create-a-fighter mode focuses more on fighting style and techniques rather than facial features. Gamers can create a boxer with a unique style, such as a brawler, a counterpuncher or an inside fighter.

The verdict: I can’t remember the last time Tyson was included in a boxing game. That alone is worth the hype, but the developers have done a nice job replicating the sport in an authentic manner. This is clearly not an easy feat when looking back at some of the other titles released recently. “Fight Night Round 4” is a winner.