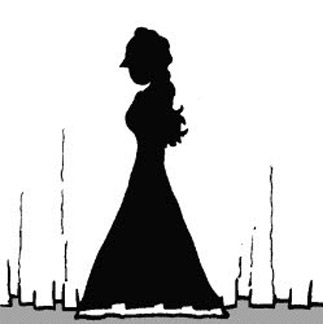 On Nov. 23, 1936, the weekly U.S. photography magazine “Life” published a spread of Greta Garbo in its special anniversary edition.

However, there was no interview.

Garbo, who was the reigning star at the time, was famous for living the life of a recluse off screen. Except for her early days after she had just debuted in the entertainment world, she did not grant interviews with any media. She also declined fan requests for autographs and did not even attend previews of her own films.

From 1941, when she retired, to her death in 1990, she did not make a single public appearance. In other words, she was the original lady of mysticism.

Mysticism is defined as “the tendency to communicate with the absolute being through methods unexplainable with the laws of nature.”

However, in Korean society it is currently used more frequently to mean “the strategy of celebrities to appear mysterious by avoiding communication with the public to the extreme.” I think the term “Garbo-ism,” which is occasionally used as a metaphoric expression, is quite appropriate.

Korean actress Lee Young-ae, who was one of the greatest examples of Korean-style mysticism, is a hot topic at the moment, as she even got married under the tightest security and secrecy. The ceremony took place overseas, and the public didn’t know a single fact about her husband’s identity. The day after the wedding, her law firm announced the marriage.

As a result, all kinds of assumptions and unconfirmed baseless rumors are flying around. Two conflicting theories have been raised regarding Lee’s actions: the criticism that she should have at least given more notice to fans, as she is a major national celebrity, and the idea that even though she is a star she has the right to protect her private life.

In fact, Lee herself is responsible for bringing so much attention to herself. John Bainbridge, the writer of Garbo’s biography, said that extreme fear of press reports ultimately made her the person people most wanted to find out more about in history.

By trying to avoid the press and the public eye at all costs, people grew even more curious about her life.

Some fans of Lee are disappointed in her actions. But it does not appear as though it will be harmful her in the long run.

There are other people I am concerned about. They are those who are following in the footsteps of Lee - even though they do not have any major works under their belts and their professional portfolios consist mainly of 30-second TV commercials. Ten years from now Lee will be remembered as “Lee Young-ae from ‘Daejanggeum,’” but how will the rest of them be remembered?