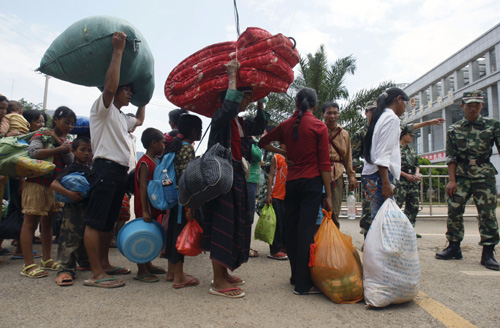 Refugees from Myanmar line up to return to their country at the border gates at Nansan in southwestern China’s Yunnan Province, yesterday. Thousands of refugees who had crossed into China to escape fighting in Myanmar started returning home after Myanmar government forces appeared to have defeated an ethnic militia. [AP]