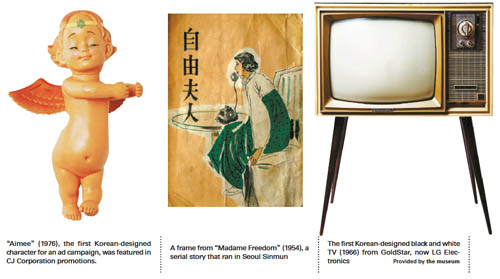 What do toothpaste, small bowls for condiments, a radio and a TV have in common? All of these are often overlooked everyday objects that were born out of innovative design.

Countless modern designs have popped up and disappeared over the last several decades, replaced by objects that are more convenient or high-tech.

Once upon a time they were cutting-edge, but now they’re old school. That, however, isn’t keeping these retired products out of the spotlight. They’re now on display at the Modern Design Museum in Mapo District, Seoul.

The monthlong exhibit, called “100 Good Design of Korea from Modern Design Museum,” is a must-see for design-minded folk. The 100 spotlighted items may look ordinary but are considered “true designs that marked a major step in Korea’s design history,” the museum’s press release said. 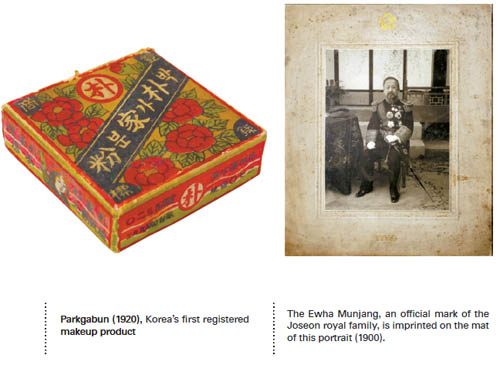 All 100 items were selected over the course of countless meetings by design professors Park Arm-jong of Sun Moon University, who is also the museum’s director, and Oh Keun-jae and Park Inn-seok, who are both from Hongik University.

The exhibition is divided into two parts. The first section runs until Sept. 13. It displays roughly 50 items from the beginning of Korean design to the 1950s. Items in this half include the Hansung Sunbo, Korea’s first modern newspaper. Published in 1883, the Hansung Sunbo acted as the stepping stone of print design.

The first Korean-designed radio from GoldStar (now LG Electronics) of 1959 is a key example of a design that incorporated consumer preferences. The radio came in a choice of five different colors. Additionally, its launch as a homegrown line of radios played a big role in improving domestic broadcasting media.

Other items such as the first registered makeup product, from 1920, to a bag made of beeper wires, from the 1950s, are expected to grab guests’ interest.

The second section of the exhibition runs from Sept. 15 to 30 and displays another 50 or so items from the 1960s to today. The items include the cherub “Aimee,” an advertising mascot for a CJ Corporation food seasoning, which was the first Korean-designed character used in an ad campaign; Korea’s first washing machine and a Samsung cell phone.

“All 100 items are considered valuable, but if I had to choose the one that would draw the most attention it would be the book ‘Flags of Maritime Nations,’ published by the U.S. Navy in July 1882,” Cha Sun-yong, the curator of the exhibition, said. Flags of Maritime Nations is the first printed resource to reproduce the image of the Korean national flag.

Park, the museum’s director, was surprised to find while planning the exhibition that there was a paucity of books and events that focused on contemporary Korean design. Thus, he hopes visitors to the show gain an education in Korea’s design history. In particular, he hopes art students will benefit from the exhibit. They learn about Western design and its history, he said, but they are ignorant of even the existence of design history in Korea.

The display will be a great chance to trace the roots of Korean designs and how they evolved to become the products of today. Student visitors will also be able to gain indispensable knowledge on how past designs have affected contemporary life and culture.

The museum also offers two special lectures by Park and Oh, who is a professor emeritus of industrial design. The lectures will be held at 4 p.m. tomorrow and on Sept. 17.

The exhibition is held in the Gallery Modium on the B1 floor of the Modern Design Museum, located near Sinchon Station, line No. 2, exit 7. For more information, call 070-7010-4346 or visit www.designmuseum.or.kr.