Yesterday a foe, today a friend

Yesterday a foe, today a friend 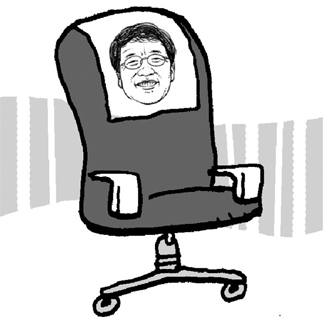 Abraham Lincoln was famous for promoting his former competitors after he was elected the 16th president of the United States in 1860. First, he appointed his rivals in the Republican Party democratic candidate primary elections: Salmon P. Chase as treasury secretary and William H. Seward as secretary of state. Seward achieved a great deal: He purchased Alaska from Russia at a very low price.

Stephen A. Douglas, the Democratic Party presidential candidate, was also brought into the fold. Just before the American Civil War, Lincoln asked Douglas to visit the border between the north and south as a presidential envoy and prevent the secession of the Confederacy. Douglas willingly attempted this mission. Lincoln’s human resources policy, rejecting politics and refusing to surround himself with close friends, is considered one of his greatest characteristics.

Examples of yesterday’s foes becoming today’s friends are noted in Chinese history, too. A case in point is Guan Zhong, the skilled premier under Duke Huan of Qi during the Spring and Autumn Period 2,500 years ago. When Huan competed against his older brother, Kyu, for the throne, Guan Zhong sided with Kyu and nearly killed Huan with an arrow.

The majority of Huan’s men agreed that Guan Zhong could not be forgiven. However, Bao Shuya, a close friend of Huan and a friend of Guan Zhong, said to Huan, “I recommend Guan Zhong upon the honor of my entire family.”

So Huan calmed down and appointed Guan Zhong as prime minister. He went on to establish a wealthy country with a powerful army and made Duke Huan of Qi the first of the Five Hegemons.

They say “politics is yesterday’s foe becoming today’s friend,” but there are not many cases as successful as that of Guan Zhong and Duke Huan. No matter how wise Guan Zhong was, the relationship was only a success because Huan trusted him completely and because of Bao Shuya’s power of persuasion.

Chung Un-chan, former president of Seoul National University and a potential presidential candidate for the progressive camp in 2007, surprised everyone when he was designated as the new prime minister. It is a shock because he sharply criticized the economic policy of the current administration, including the grand canal plan.

The appointment hearing still remains, but the public is already curious as to how Chung will carry out his prime ministerial duties. Will prime minister-designate Chung be able to adapt to the complex world of domestic and international politics away from the safety of his ivory tower? Is there a mediator who will play the role of Bao Shuya? I think the appointment of the new prime minister will also become a turning point to test the magnanimity of the administration.