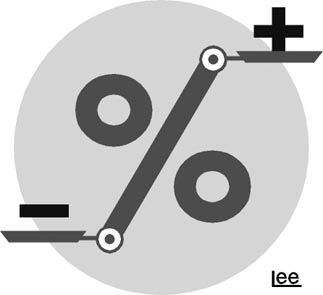 If you were to hear that someone who deposited 10 million won ($8,083) in the bank today would only get back 9.975 million won a year later, you’d likely think that something was fishy. How can a depositor lose 25,000 won in principal, not to mention fail to make any interest?

This will be the reality for some savers in Sweden, as the country decided to introduce a negative interest rate in July of this year. The Riksbank, the central bank of Sweden, officially cut the official bank rate to minus 0.25 percent.

This is the so-called “Swedish experiment,” an effort to reduce the heavy concentration of funds at the central bank by reversing the flow of money. The experiment is attracting the attention of financial experts around the world. Some of them even wonder if the Riksbank, which decides the winner of the Nobel Prize in Economics, is itself going to win the award.

The Bank of England is now pondering whether to conduct the experiment itself. Mervyn King, the governor of the Bank of England, recently hinted at such a move. “It is possible that we will follow the Swedish example,” he said.

By purchasing bonds and debentures, the British central bank poured some 140 billion euros (247 trillion won, $199.6 billion) into the market this year. However, most of the funds released to the market have eventually flowed into the bank’s coffers and now remain dormant there. Hence, people are calling for the Swedish experiment in Britain.

There are a few past precedents in which negative interest rates were introduced. In the 1970s, Swiss banks charged rich overseas depositors with a fee for keeping money in their vaults. Since the value of the American dollar was plummeting and commodity prices were skyrocketing, rich people around the world were looking for a safe place to store their money.

During the period between 2001 and 2006, some Japanese financial companies also implemented negative interest rates. Although the Japanese banks paid no interest at all, the amounts of deposits increased. Therefore, they decided to charge their depositors a fee for keeping the money safe, instead of paying interest. When banks implement a negative interest rate, it is better to keep cash in your own safe than deposit it at a bank.

In South Korea, the likelihood of a negative interest rate seems remote. It is not a valid solution at a time when financial authorities are trying to limit the amount of housing loans in order to control skyrocketing home prices. If Koreans feel that there is a need for a negative interest rate, I would like to remind them of the words of Blaise Pascal, the 17th-century physicist: “There are people who do not understand that there is nothing left even if they delete four from nothing.”