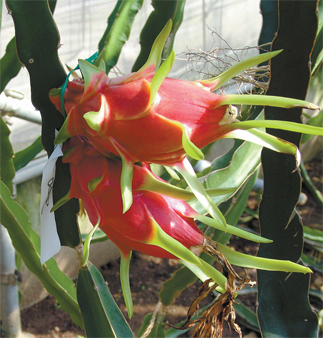 Korea is heating up at a rate that is two times faster than the global average.

According to the Korea Meteorological Administration, the global temperature rose by an average of just 0.74 degrees Celsius between 1912 and 2008 while that of Korea increased by 1.7 degrees in the same period. The rainstorms during the summer monsoon season are becoming more severe and there are more summer nights with temperatures above 25 degrees Celsius (77 degrees Fahrenheit).

Melons now grow in greenhouses in Yanggu County, Gangwon, and apples grow outdoors. Tangerines are being grown in Gangneung, Gangwon.

All of this shows that semitropical temperatures are moving north, leaving some to wonder what the temperature will be like in 100 years. The meteorological administration says that if the temperature continues its meteoric rise, the average temperature in Korea will be about 4 degrees higher. Ski resorts in Jeolla and Gangwon may have to shut down. Pine trees, which are symbolic of the Korean soul for many Koreans, could also disappear. 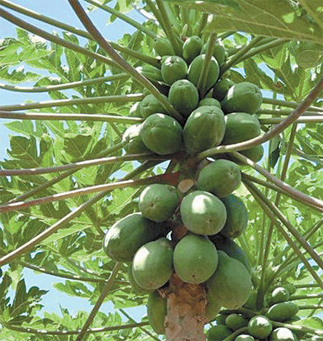 Papayas perfect for picking at the Agriculture Research Center for Climate Change on Jeju Island. By Choi Joon-ho

“By the end of 21st century, summer will last for six months on Jeju Island and we will no longer have winters on the east and south coasts or on Ulleung Island,” said Kwon Won-tae, a KMA climate researcher. “If we see a 4-degree temperature increase, Seoul will have the kind of weather that is now present in Seogwipo, Jeju Island, and Okinawa, Japan.”

By that time, banana trees will have replaced the apple trees on Euljiro in central Seoul. Fuji apples, which account for 70 percent of the apples consumed here, may only be found in the imported fruit sections of grocery stores.

“Fuji apples turn red when the weather gets cold but if the temperature rises by 4 degrees, there will be no color change and the apples will become less commercially viable,” said Seo Yeong-ho, a researcher at the Agriculture Research Center for Climate Change.