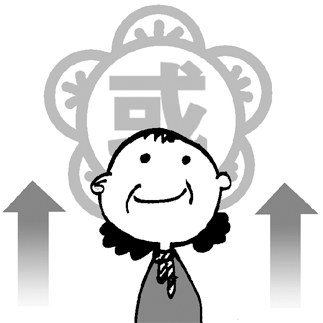 The French Revolution did not give women political freedom.

Olympe de Gouges, the daughter of a butcher from southern France, finally rose up against gender inequality. “Oh, women, women! When will you cease to be blind?” she asked. In 1791, she wrote the “Declaration of the Rights of Woman and the Female Citizen,” in which she demanded that French women be given the same rights, including the right to vote, as French men.

The response from the government? Execution by guillotine.

The official charge labeled her “a traitor who neglected the virtues of women giving damage to unity of the nation.”

The road to women’s participation in politics has indeed been rocky. Even in the United States, a country dedicated to equal rights and the dignity of its people, women had to fight to get the right to vote.

Many things started to change after women were given suffrage with the passage of the 19th Amendment of the U.S. Constitution in 1920.

The most representative of all changes in the U.S. was the adoption of the Sheppard-Towner Act a year later. The law authorized the granting of federal aid to states for maternity, child health and welfare programs. The men in Congress, who neglected such “trivial” matters before the passage of the law, started to pay attention to these issues, as they were conscious of the power women voters wielded. Thanks to law’s enactment, it is said that the lives of more than 20,000 American children are saved annually.

As “politics for people’s lives” has emerged as a new trend here, the influence of women in politics is growing gradually in Asia, too.

The Democratic Party of Japan, which won a landslide victory recently, has elected 40 female representatives who have made pledges related directly to the people’s lives, such as payment of child care allowances.

As a result of the election victory, the proportion of females in the Japanese Diet has exceeded the 10 percent mark.

The proportion of Korean women lawmakers in the National Assembly, which stands at 13.7 percent, is slightly higher than that of Japan. But it is still lower than the international average. In Sweden, South Africa and Cuba, for example, the balance between male and female lawmakers is almost 50-50.

In the cabinet and the presidential secretariat, the proportion of females is too meager. It is said that the personnel management style of President Lee Myung-bak involves choosing people that he is acquainted with.

Is the low female proportion perhaps due to the lack of women acquainted with President Lee? Maybe.

First Lady Kim Yoon-ok may be fine with the situation, but I wonder if female voters are as well.