The downfall of a rising star

The downfall of a rising star 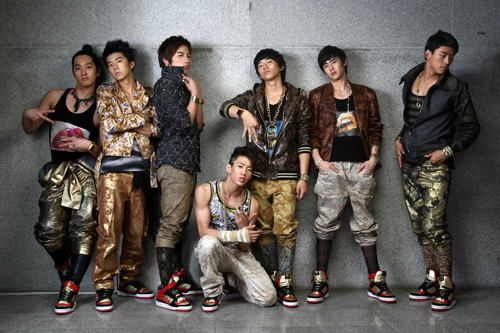 Jaebeom, the leader of popular boy band 2PM, kneeling, left both the group and the country after stirring up controversy with negative remarks he made about Korea. [JoongAng Ilbo]

Fans, however, are divided over whether the 22-year-old singer - who goes by Jaebeom - has suffered enough, with his supporters calling the incident a “witch hunt.”

In recent years, major local entertainment agencies have brought in an increasing number of foreign teenagers to create “multinational idol groups” that appeal to both local and foreign fans. These up-and-coming teen idols often undergo rigorous training for several years ahead of their debuts. 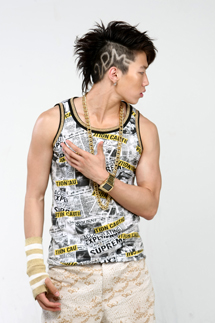 But as Jaebeom’s experience shows, these foreign transplants also must adapt at a young age to life in a new country, which can be quite difficult.

“I think it will be hard for me to see you and go on stage anymore as I’m in deep remorse,” he wrote. “I’m so sorry to everyone, especially fans, and I will be leaving 2PM as of today.”

The group’s management agency, JYP Entertainment, later confirmed that Jaebeom has officially withdrawn from the group.

At the center of the controversy are negative comments Jaebeom posted about Korea on his MySpace page from 2005 through 2007 that were made public last week.

The U.S. high school freshman-turned-trainee at JYP Entertainment was in Korea preparing for his debut when he made the postings, which included comments such as “Korea is gay. I hate Koreans. I wanna come back.”

Some Korean netizens recently dug up the comments, which quickly circulated on the Web. The singer not only took flak from his fans - who said they were disappointed and felt betrayed by him - but he also provoked the ire of the general public.

The young singer’s apology over the weekend didn’t help. Jaebeom wrote on the fan club Web site Saturday that posting such comments was a thoughtless act, as he had little understanding of the country or the language when he first came to Korea.

“The remarks [I made on MySpace] were just impulsive expressions of dissatisfaction with my situation at the time ... I apologize sincerely,” he wrote.

“It was not the singer’s public comment on Korea or the Korean people, but a teenager speaking his mind on a personal Web page while having a tough time in a country that is foreign to him,” Kim said. “Having to quit the band and leave the country is too harsh.”

Some fans and detractors are calling him another Steve Seungjun Yoo, a hugely popular singer in the late 1990s and early 2000s who eventually fell out of favor after he obtained U.S. citizenship in a bid to avoid conscription in the Korean army. But Kim said Jaebeom’s experience “should not be compared to Yoo’s case, which is different in nature.”

As for 2PM, the departure obviously has created some turmoil. No decisions have been made yet regarding the group’s future or a replacement for Jaebeom, JYP Entertainment said. The group, which debuted last year and has grown to become one of the hottest boy bands in the country, had planned to release a new album this October.