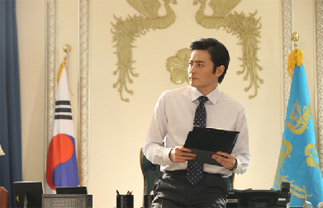 It’s almost that time of year again, when movie buffs across Korea pack their overnight bags and hit the road as part of an annual pilgrimage to the southern port city of Busan for one of the most influential film events in all of Asia.

The Pusan International Film Festival, which runs from Oct. 8 to 16, is preparing for its biggest year ever, unveiling a lineup on Tuesday that includes a record 355 films from 70 countries in 11 different sections. About 98 films will be screened for the first time ever at the event, now in its 14th year, while 46 will be shown for the first time outside of their home countries.

“While previously we felt we could handle 280 to 300 films, we couldn’t help but increase the number because there are so many good works by emerging directors,” festival director Kim Dong-ho said at a press conference on Tuesday. “There are also newly established retrospective pieces on the late Korean director Yoo Hyun-mok and the late actress Jang Jin-young, both of whom passed away this year.”

The event, better known as PIFF, will open with “Good Morning President,” a Korean comedy directed by director Jang Jin and starring seasoned actors Jang Dong-gun, Lee Soon-jae and Ko Doo-shim. The movie will touch upon the lives of three fictional Korean presidents, each trapped between political and ethical choices. Director Jang is well known for using a unique sense of humor to spice up a plot.

“I was surprised and honored that my film has been chosen to open this year’s PIFF,” screenwriter-director Jang told the press. “It is particularly meaningful for me because it comes 12 years after my feature debut was screened in the second annual festival.”

In addition to the opening film, a number of other first-run Korean films will be screened this year, helping to promote the country’s revitalized movie industry. Behind the resurgence are the blockbusters “Haeundae,” which was shot in Busan and drew 10 million moviegoers in just over a month, and the sports drama “Take Off,” which has attracted 7 million viewers.

The festival’s Gala Presentation section will feature seven films, including “I Come with the Rain” by Vietnamese-French director Tran Anh Hung and starring three heartthrobs - Lee Byung-hun from Korea, Josh Hartnett from the U.S. and Takuya Kimura from Japan. Lee and Hartnett will be on hand to promote the film.

Other notable guests include Oscar-nominated French director Jean-Jacques Beineix, who will head the jury panel for the New Currents Award; “X-Men” series director Bryan Singer; and Hong Kong filmmaker Johnnie To, whose works will be screened in a special program titled, “Johnnie To: The Hood in the City.” “The Message,” a wartime spy thriller co-directed by Taiwan’s Chen Kuo-fu and Gao Qunshu, will close the event.

This year, PIFF has come up with a new prize called the Flash Forward Award to discover emerging directors from non-Asian regions, while the existing New Currents Award focuses more on those from Asia.

Additionally, the Asian Film Market, a venue where promising filmmakers and producers meet with potential investors, along with the Pusan Promotion Plan, will run from Oct. 11 to 14.

Tickets for the opening and closing films will be on sale starting at 5 p.m. on Sept. 21 (online only); those for the general screenings will go on sale at 9 a.m. on Sept. 23. PIFF has established a real-time advance ticket purchase system this year, allowing fans both at home and abroad to buy tickets online. For more information, visit www.piff.org.

The event’s closing film, “The Message,” is a spy thriller set in 1942 China.