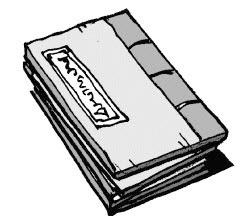 On a clear, sunny day like the ones we’ve had recently, the scenery along the Han River is very beautiful. The area near Hannam Bridge is especially known for its gorgeous views. On the southern side of the river used to stand the Apgujeong pavilion, which is said to have been built by Han Myeong-hoe, a powerful courtier in the early days of the Joseon Dynasty. Today, you can see the southern tip of Mount Namsan, called Eungbong, or eagle peak, on the northern side of the Han.

Below Eungbong is Dumulpo, where the Jungnang Stream merges with the Han River. The name Dumulpo was given because two streams meet there (du for two, mul for water and po for port). Eungbong, which is only about 170 meters (558 feet) high, had a pavilion on its southern slope. On the site of the pavilion, the Dokseodang, or reading house, was built during the Joseon Dynasty.

King Sejong, who was fond of learning, granted newly recruited government officials special leaves of absence to concentrate on reading without worrying about other things. It was called “the reading holiday system granted by the king.”

At the beginning, no special places were designated for reading, and officials read books at unoccupied Buddhist temples or their own homes. But because the officials had trouble concentrating on reading, the government established the Dokseodang at Namho, a place in the Yongsan area along the Han River, during the reign of King Seongjong. The Dokseodang on the slope of Eungbong was later rebuilt by King Jungjong, because the Dokseodang at Namho was destroyed during factional struggles among scholars.

It may be accurate to translate Dokseodang as “reading house,” but obviously it was not just a place for reading books. The education of scholars in the old days consisted of physical, moral and spiritual training. The legacy of the Dokseodang below Eungbong peak can be seen in the book “Dongho Mundap,” written by a Joseon scholar there, which teaches the king and scholars who will enter politics the proper attitudes they should maintain.

The reason why our ancestors in the Joseon Dynasty established the Dokseodang along the Han River was because they intended to study the fundamental questions of politics and human nature in clear, stunning surroundings.

The Seongdong District local government office restored the site of the Dokseodang in June. They now plan to decorate the 650-meter-long Dokseodang-gil path near the site.

The restoration plan is welcome news.

Politicians, in particular, who just immerse themselves in partisan strategies and political tactics, should keep their eyes on the restoration and learn the fundamental issues of politics and human nature that Joseon Dynasty scholar bureaucrats pursued.