Time to get your groove on at banks of the Han

Time to get your groove on at banks of the Han 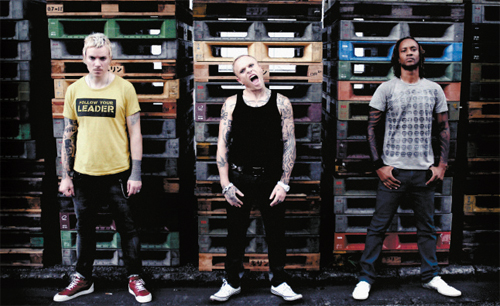 British band The Prodigy will be coming to Seoul for the Global Gathering music festival. Provided by the organizer

Dance music shimmied its way into the mainstream here years ago, helping create a thriving club scene that continues to flourish in Korea today.

The scene will get notably hotter this weekend when the internationally renowned dance music festival Global Gathering rolls into town as part of its 2009 world tour.

Global Gathering is an annual dance music festival organized by Angel Music Group, which is based in the United Kingdom. Since it began in 2001, the festival has established itself as a major U.K. dance event, attracting more than 700,000 people annually from around the world - many of whom camp out. Today, the media and musicians describe it as a “premiere dance extravaganza” and “one of the best festivals an artist can experience.”

The festival began venturing outside the U.K. in 2006 and this year is making stops in Poland, Belarus, Turkey, Ukraine, Russia, Korea and Australia. Korea landed on the itinerary in part because of the country’s energetic nightlife and party culture.

“I believed Korea was able to host Global Gathering because of Koreans’ particular love and passion for music, dance and parties,” said Choi Seo-hui, one of the event’s organizers.

Korea will be part of Global Gathering’s annual world tour through 2011.

The lineup for the upcoming festival includes bands The Prodigy and Underworld from the United Kingdom, the Norwegian duo Royksopp, the Australian band Pendulum, the Canadian group MSTRKRFT (which is pronounced “master craft”) and many more.

Liam Howlett, the D.J. of Prodigy - which will perform its first concert in Seoul - said in an e-mail interview with local media ahead of the concert that Koreans will be able to see “a loud bunch of guys playing some big tunes on stage.”

Organizers say they expect about 50,000 people during the two-day festival, including about 10,000 foreigners. Much of the crowd will consist of Korean trend-setters in areas such as fashion, music and art. To tap that market, record companies are eyeing the festival as a marketing venue, setting up booths and other promotional events.