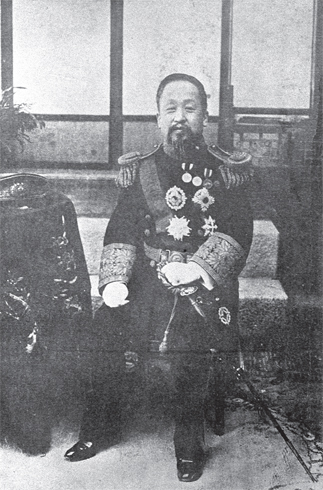 The shared history between Japan and South Korea has always been a source of friction between the two sides. For Koreans, Japan’s colonization of Korea is one of the most difficult periods to forget.

As always, subjective interpretations of history give rise to opposing views. One belief still held by some Japanese is that Korea in fact wanted to be annexed by Japan. Another is that the colonial period acted as a catalyst for the modernization of Korea.

To challenge that logic, historians and scholars here have long done research on this period of modern Korean history. Their efforts have finally paid off.

The recent discovery of a diplomatic letter written by King Gojong (1852-1919) provides the strongest piece of evidence to date of Korea’s objections to colonization by Japan.

The letter took the form of a telegram written in Korean by the king. In it, he issues an order to the Korean minister to Germany, Min Cheol-hun, which says: “Japanese officials came to the palace with their army and forced me to sign a document they had prepared. After that Japan named a governor and forced us to give up our diplomatic rights. Such a crime is unacceptable under international law. You [Min Cheol-hun] have to alert Germany and ask for help. The last hope for me and for the empire is Germany and international law.”

The order was translated and handed over to the German foreign ministry on Nov. 24, 1905.

The person credited with the landmark discovery is Jeong Sang-su, a professor at Myongji University specializing in international studies who has been researching declassified files belonging to Germany’s foreign ministry since the end of 2007.

Prior to this discovery, Jeong had found another document received by the German foreign ministry on Nov. 21, which was believed to have been the first diplomatic document issued by the king protesting the 1905 Japan-Korea Protectorate Treaty (Eulsa Treaty), which had been signed just four days earlier on Nov. 17.

Before Jeong was able to dig up either of the two documents, a telegram sent on Nov. 26 to U.S. missionary Homer B. Hulbert, who had close ties to the Korean court, was considered the first diplomatic document protesting the treaty.

The professor explained that the second document took longer to find because it was placed in the Japan section of the German foreign ministry and not in the Korea section where he had conducted his search.

The existence of the new document is expected to add weight to the theory that King Gojong actively tried to prevent annexation, which contradicts the work of scholars who have portrayed the king as weak and indecisive. 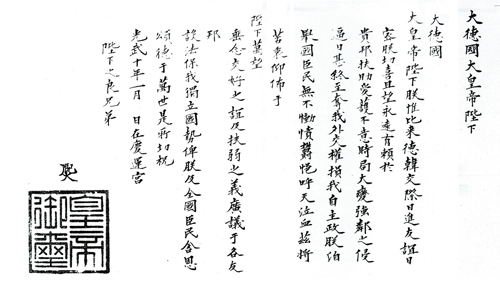 “The treaty was annulled by both Japan and Korea, and it has been known for some time that King Gojong didn’t just stand by or sympathize with it. It’s a valuable discovery in academia,” said Jeong Man-young of the Northeast Asian History Foundation, which financed the professor’s research.

The discovery also raises questions about Germany’s reaction to the king’s words. Professor Jeong says that the geopolitical situation at the time would have made it difficult for Germany to take action. Germany had intended to seek the help of the United States and intervene in the situation. However, by the time the letter was delivered, Washington had already given its consent to the treaty through the Taft-Katsura Memorandum, signed by Secretary of War Howard Taft in Japan in July 1905. The text suggested the United States would not interfere with Japan’s efforts to extend its influence in Korea.

In earlier times, Korea might have turned to Russia for assistance, but Russia’s defeat in the Russo-Japanese War (1904-1905) had weakened the country, and thus Gojong turned to Germany.

Just over two months before the Eulsa Treaty was signed, Japan won its war against Russia, which allowed it to turn its attention to the Korean Peninsula and drive out the Russian influence. Although King Gojong had at times played Russia against Japan as he tried to navigate the territorial appetites of the two neighboring powers, the end of the war limited his ability to maneuver.

“Since King Gojong didn’t sign the treaty [it was signed by five Korean ministers instead], there are some scholars who have argued that the treaty is not valid. However, pointing to the forceful nature of the treaty is more effective in arguing that it was against international law,” the professor said. “In addition, unlike the first telegram, the second one mentioned clearly the mobilization of Japanese troops.”

Failing to garner a response from Germany, King Gojong also sent a personal letter, dated May 19, 1906, to German Emperor Wilhelm II, but internal affairs within the German foreign ministry prevented the letter from ever reaching the emperor. 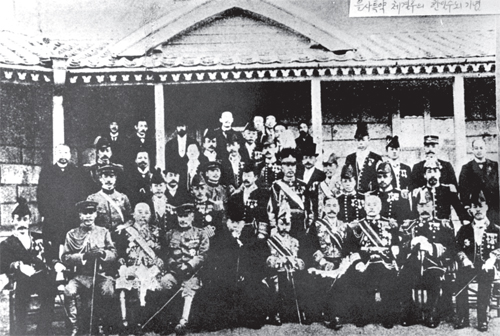 Japanese and Korean officials pose for a photo after signing the Japan-Korea Protectorate Treaty of 1905. [JoongAng Ilbo]

Apart from the pleas he made to foreign countries, King Gojong also sent a secret mission to an international peace conference held in The Hague, the Netherlands, in 1907 to let other nations know that the treaty with Japan had been signed under coercion and without the consent of the king and the public.

The mission failed, and the outcome proved disastrous for Korea. It prompted a member of the secret delegation, Lee Jun, to commit suicide. It also led Japan to force the king to abdicate the throne to his second son, Sunjong, the last king of Korea. Sunjong remained in power for just three years before he announced in August 1910 that the country had ceded all of its power to Japan.

Japan and South Korea normalized ties in 1965 when the two countries signed a treaty nullifying the Eulsa Treaty and all others infringing upon Korea’s sovereignty.