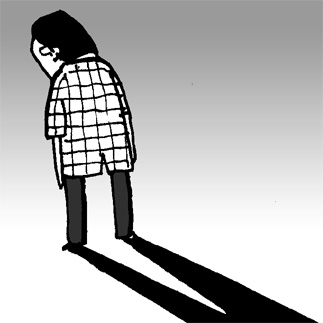 One of the characters in “Take Off,” a film that has attracted nearly 8 million moviegoers so far, is a Korean American called Bob. He happened to be a member of Korea’s national ski jump team when he came to Korea to look for his biological mother. But Heon-tae, which is his Korean name, cannot recite even the first part of the national anthem. Naturally, he fought with his teammates, who called him “a Yankee.”

It is not a story limited to the big screens. SK Wyverns Manager Kim Sung-geun, who is Korean-Japanese, faced similar challenges when he first visited Korea as a member of a student baseball team made up of Korean residents in Japan on Aug. 7, 1959.

In a collection of recently published autobiographical essays “Bringing up the last to the first,” he recalls that he used a Japanese name, Kanebayashi Seikong, in his childhood and did not know that he had a Korean name until he came to Korea. At first he could not understand Korean but appreciated the warm smiles of female Korean students. He was fascinated by the taste of bulgogi and was captivated by the beauty of actress Kim Ji-mi, who starred in “Tragedy is Over.” He was moved to see the emotional scene of tearful meetings between his colleagues and their long-separated relatives in Korea when the latter visited the former at their quarters.

Of course, not all things went smoothly. When a ball thrown by the pitcher of the Korean residents’ team hit the head of Park Young-gil, the cleanup man of Kyongnam High School, the spectators jeered at them yelling, “Jap! Go home.” He said to himself, “How can they call us Japs? Don’t they know that we lead painful lives and are discriminated against in Japan because we are Korean? Don’t they know how difficult it is to organize a team of Korean residents in Japan?” Even after he was picked up as a member of the Korean national baseball team, the backbiting and calling him a “Jap” didn’t stop.

The creed of keeping the purity of the “homogeneous race” has not yet waned. The leader of the boy band 2PM, Park Jaebeom, had to fly back to his hometown of Seattle because of a complaint about Korea he had posted on a Web site four years ago. The fact that he is a Korean-American who is exempt from military service in Korea is probably an additional reason that fanned antipathy toward him. People poured a barrage of criticism against him, claiming that he should go home immediately.

I wonder whether the criticism that he was not familiar with the Korean way of life four years ago was why he wrote “I hate Koreans” on a Web site. What memory will he have of his homeland now that it has sent him away for committing a small mistake? Won’t the Republic of Korea be remembered a heartless country to other young people of Korean heritage overseas? As of today, the number of Koreans overseas amounts to 6.82 million.