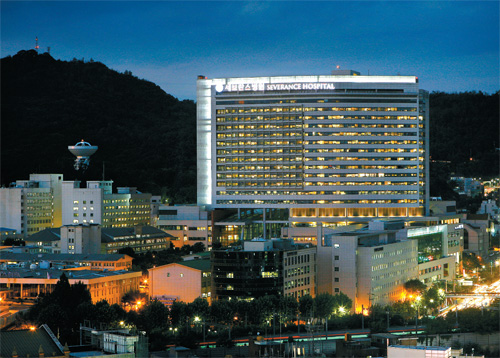 “How serious is it? Is there any possibility of getting better?” That was the question being asked of Dr. Jang Jun of Yonsei Severance Hospital when the late President Kim Dae-jung was hospitalized in July with pneumonia. The former president was said to have asked Dr. Jang whether there was any hope for him. He battled the disease and other complications for another 36 days before he passed away.

Severance Hospital is no stranger to VIP patients, frequently serving as the hospital of choice for presidents and other prominent members of society. One of the reasons for this, experts say, is the hospital’s long history of bringing modern medical treatment to the country. The hospital was founded in 1885 by American medical missionary Dr. Horace N. Allen (1858-1932).

Today, it is one of the leading hospitals in the country and is working toward gaining international recognition. In May 2007, it became the first hospital in the country to receive accreditation from Joint Commission International.

The U.S.-based commission operates voluntary accreditation programs for hospitals and other health care organizations around the world. There are 238 hospitals in 35 countries with the distinction. The hospital’s reputation for providing quality care has kept a list of high-profile patients coming through its doors. Former President Kim Young-sam, Kim Dae-jung’s predecessor, is currently receiving treatment from a dermatologist at the hospital; former President Chun Doo Hwan and his wife have also been patients there. Park Geun-hye, the former Grand National Party chairwoman, chose the hospital when she was attacked in 2006 by a man with a knife and had to have facial surgery. Other prominent patients include business leaders such as former Daewoo Group Chairman Kim Woo-jung, who visits the hospital for his regular medical checkups. 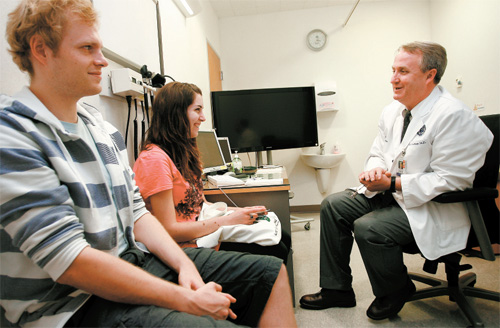 However, in the history of the hospital’s long list of connections with leaders in Korean society, perhaps its tie to Syngman Rhee is most interesting. Rhee was the nation’s first president after Korea won independence in the aftermath of World War II.

According to Dr. Park Hyeong-wu, who is in charge of the hospital’s museum, the former president became close to doctors and missionaries at the hospital while he was attending Pai Chai HakDang (Pai Chai Boys’ High School), a missionary school. Rhee spent time teaching Korean to a doctor at the hospital while was in school. Through the doctor, he met Allen, an American diplomat and medical missionary who would come to have a great influence on Rhee.

The conversations that Rhee had with Allen are believed to have laid the foundation for ideas the Korean president employed later in life. Rhee would go to the doctor with questions about the state of the world and how it operated. Park said that Allen, in his discussions with Rhee, always stressed the importance of democracy and what he believed were basic human rights. The relationship between the two developed over time and Rhee continued to seek the advice of Allen on various matters.

During the period of Japanese colonial rule (1910-1945), Rhee turned to the doctor for advice when Japan issued an order forbidding long hair. Allen told the young Rhee that the order, because of its forceful nature, was wrong, but that having short hair was advisable purely for health reasons. The answer prompted Rhee to cut his hair, but he asked Allen to do it.

Years later when Rhee was imprisoned at Hanseong Prison for his involvement in independence activities, Allen visited the patriot to conduct medical checkups and provide him with the occasional book to read.

“In looking at the case of President Rhee, Severance Hospital didn’t just serve as a place where patients were treated, but was a conduit through which foreign culture and philosophy entered the country for the first time, which helped lay the foundation for [Korea’s] modernization,” said Park, the museum director.

Allen and the other foreigners who passed through Severance at the time seem to have had a lasting influence on Rhee. Later, when Rhee became president he appointed graduates of the hospital’s medical school to important Cabinet posts.

Today, the hospital has continued its tradition of providing services to international patients through its International Health Care Center. Last year, the center treated 28,000 foreign nationals. The center provides medical services and interpretation for speakers of English, Chinese and Japanese. It is headed by In Yo-han, an American who is licensed to practice medicine both here and in the United States, and employs a staff of 17.