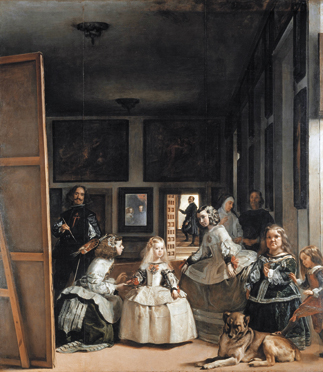 I have long liked the French composer Maurice Ravel’s (1875-1937) piece “Pavane for a Dead Princess” because of its title. The word “princess” grants a noble and splendid atmosphere to the work. But the word is accompanied with the chilling adjective “dead.”

When I listened to the music as a child, I imagined a scene where a musician looks with fascination in a magnificent but gloomy palace hall at the portrait of a princess who died long ago.

The dead princess could, of course, have passed away at the age of 100 for all anybody knows. In my imagination, however, the princess always died at a young age, and in the portrait she wears a sad smile on her pale face, her fragile body covered with a heavy robe embroidered with shining jewels.

A rose that has just withered, a glass sculpture that has just shattered and all the other beautiful things that crumble and die and turn to dust and cannot be touched again filled my mind whenever I listened to the music. At first, I simply liked the piece itself, but I didn’t have a clue as to what “pavane” even meant.

Later, I learned it is a slow and solemn processional dance performed in European courts in the 16th and 17th centuries. I then came to imagine an Edgar Allan Poe-like scene where the ghost of a beautiful princess slowly steps across an empty ballroom of a palace at night, her dark hair blowing behind her.

Several years ago, I heard that Ravel’s inspiration for the musical piece was a portrait of Margarita Teresa of Spain (1651-1673) painted by Diego Velazquez (1599-1660). I must admit, I was a little disappointed. The appearance of Margarita in Velazquez’s masterpiece “Las Meninas” (or the “The Maids of Honor”) is very lovely. But this young princess has blond locks and chubby, rosy cheeks - quite different from the image of the pale princess with dark hair I had long ago conjured up in my mind.

Recently, I began thinking again about Pavane for a Dead Princess when I discovered a Korean novel of the same title in the best-seller area of the Kyobo Book Centre in central Seoul. There on the cover of the book, written by Park Min-gyu, is a section of Las Meninas, not surprisingly.

As an aside, I immediately wondered why the book features the dwarf from the painting on the cover. In curiosity, I read the introduction to the book and discovered that it focuses on the love story of an ugly woman and of many other people who are pressed to envy superior people. I’d like to read the book sometime.

But I digress. I should tell the story of Margarita, which is far removed from the theme of Park’s novel.

It is said that Ravel denied that the dead princess he alluded to is Margarita or any other specific woman.

Still, many people link the music to the Spanish princess, and there is a reason for it. The original French title of the piece is “Pavane pour une infante defunte.” Infante, or infanta in Spanish, refers to a Spanish princess. In addition, pavanes were in vogue in the 16th and 17th centuries. As a Spanish princess of this era, Margarita Teresa - who now has eternal life in the master Velazquez’s paintings - is the obvious person who comes to mind. 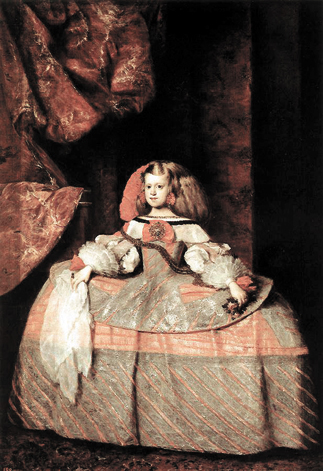 Velazquez, who was the court painter of Spain, featured the princess in several of his works until she was 9, when he died. Among the paintings is Las Meninas, which has many highlights and aspects to analyze and talk about beside Margarita.

According to a mainstream interpretation, the artist in the actual piece is Velazquez himself and he is painting Margarita - whose back is to us, the viewers - on a canvas. There is a dwarf and a dog with the young princess to prevent her from getting bored.

Still, the princess is tired, and one of two maids of honor is kneeling before her, offering her a drink. The other is poised to curtsy to someone who stands where we the viewers see the scene. The infanta, the dwarf and several other characters are looking in the same direction. A mirror hung in the background reflects the people they are looking at: the parents of Margarita, the king and queen.

But there are many other interpretations and controversies surrounding this work, such as whether the artist in the piece is painting the princess or her parents.

Velazquez painted Las Meninas when Margarita was 5 - perhaps when she was most lovely. When she was older, she had a jutting chin. You can see this in the Velazquez piece “Infanta Margarita,” which he completed when she was 9.

A jutting chin was not exactly a good thing to have for members of the House of Hapsburg, which ruled Austria and Spain during her time. It was said to be a genetic fault caused by repeated marriages of people within the same family. In fact, Margarita was arranged to marry her uncle, the Holy Roman Emperor Leopold I, when she was young. She finally married him and then died at the age of 22, when she was giving birth to a child.

It is said that she was a beloved child and also a beloved wife, so perhaps she did indeed have it good while she was on this planet. Still, the portrait of this young princess in a Baroque-style dress, which looks too heavy, exudes some tones of melancholy - not surprising given that her life was arranged by other people and was far too short. 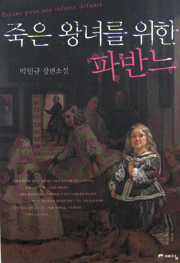 Still, she is generally bright and charming in the Velazquez paintings. The artist painted not only royal family members but also their servants with warmth. The portraits of her by other artists after the death of Velazquez don’t carry the same feel and charm.

Now when I listen to Pavane for a Dead Princess, I imagine a young infanta dancing with dignity in a heavy Baroque-style dress, casting an innocent and bright smile in the direction of an old court painter.