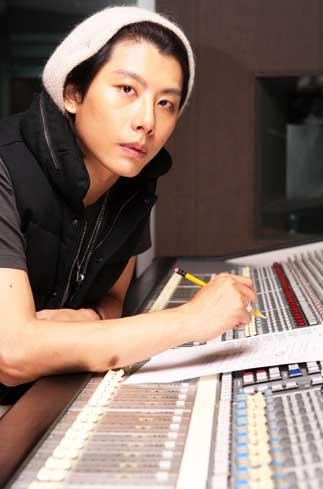 It would be hard to find another Korean singer with a voice as mesmerizing as Park Hyo-shin’s.

That’s one reason why he has legions of devoted fans, who couldn’t wait to get their hands on his hotly anticipated sixth album, “Gift: Part 1.”

The JoongAng Ilbo met with Park Hyo-shin on Sept. 15 to talk about his latest release, which came after a two and a half year hiatus.

Despite countless emotional ups and downs and endless conflicts with his former agency, Park wore a gentle smile throughout the interview and seemed generally upbeat.

The songs on his new album might come as a surprise to fans, as the 29-year-old departed from his trademark deep voice in favor of a lighter, softer sound.

But the title track, “After Love,” along with other songs including “Strange” and “Deja-vu” have stronger beats than his previous works.

“I was trapped in one style of music all along and I felt like something was missing,” Park said.

It’s now been 10 years since Park stormed onto the music scene in 1999 with the hit song, “Things I Cannot Do for You,” which propelled him into stardom. He quickly become a veritable hit machine with releases such as “Yearning,” “Fool” and “Snow Flower” from the popular KBS drama “I’m Sorry, I Love You.”

But behind the glory, he faced numerous struggles. After Park released his third album, he left his agency to establish his own. The venture failed, and Park became embroiled in a legal battle.

“I was only 19 with no knowledge of this industry. I went through a great deal of trouble as I tend to keep all my negative feelings to myself rather than sharing and opening up,” Park claimed.

Park set off on a journey during the hard times, barnstorming across the country without any plans and contemplating both music and life. This journey led to the new sound as well as the name of the album and its first song, “Gift.” Park said he “cried so many times while making and singing” the song.

Now, Park is back on track and pushing forward.

He pumped his own money into the music video for his song “Love After,” which has generated buzz among his fans. Park will also hold his 10-year anniversary concert at Seoul Olympic Park on Oct. 17 and 18.