The secret to happiness

The secret to happiness 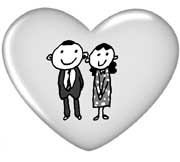 Bhutan, located to the far east of the Himalayas, is a small kingdom with a population of about 700,000 people. The surface area is a little less than half of South Korea, and the GDP per capita of around $2,000 comes in the mid to low-hundreds in world rankings. The population of the capital, Thimphu, is around 300,000, and there are only two department stores in the entire country. The television was first introduced in 1999, and the Internet debuted in 2000.

Despite its relatively small economy and population and its lack of technological advancements, Bhutan was selected as the eighth happiest country in the world on an “international happiness map” created by the University of Leicester in England in 2006. Korea ranked 102nd. The reason why Bhutanese feel a great level of happiness likely has something to do with the county’s policy of “GNH” (Gross National Happiness), an idea that was introduced by former King Jigme Singye Wangchuck in 1972. Instead of pursuing economic development at all costs, he put forth a policy to protect the environment and equally divided wealth. More importance was placed on internal satisfaction than money.

Denmark has ranked first in various happiness index surveys for the past 20 years. Equality and reliability are behind the happiness of Danish people. The people make similar amounts and live without concerns of crime.

Scholars who study happiness say income and happiness are not necessarily proportionate. When a nation’s GDP per capita is over $12,000, or 14 million won, satisfaction levels start to taper off. Instead, the scholars say, ease of life, relationships with others and health become the keys to happiness. However, happiness also changes according to the weather and what film a person has just seen. A victory at the World Cup instantly raises the happiness levels of an entire country or region.

At the recent “Happiness Symposium” hosted by the Korean Sociological Association, experts suggested that a solid family life and good health are the biggest variables of happiness. Korean people work more to make more money, but this raises concerns that it could cause families to drift apart or lead to health problems. People go back to their hometowns on national holidays despite a long and difficult road, probably to confirm family love and find happiness.

Johann Wolfgang von Goethe of Germany said, “There are less than four weeks of truly happy times in a person’s life,” while Otto Eduard Leopold von Bismarck said, “Moments of happiness do not last more than 24 hours.” In other words, happiness increases when you try to find it and make efforts to feel happier.

The writer is a reporter specializing in environmental issues.