Korean finance, past and present

Korean finance, past and present 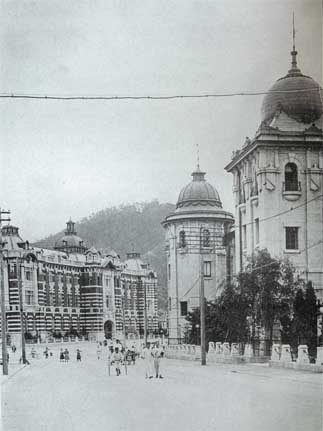 The Namdaemun and Myeongdong areas formed the so-called “bank street” in early 1900s Seoul. The large building on the right was the Joseon Bank, set up by the Japanese, and the building on the left was the post office building. Provided by Myongji University-LG Yeonam Library

The history of modern banks in Korea takes us to the 1870s when Korea, under increasing pressure from Japan, signed the Treaty of Ganghwa, or the Korea-Japan Treaty of Amity, in 1876, and was forced to open itself up to trade and financial institutions from Japan.

But it wasn’t until recently that Koreans began to recognize the importance of studying the history of Korea’s banking sector, and began compiling and preserving documents and artifacts related to the field. 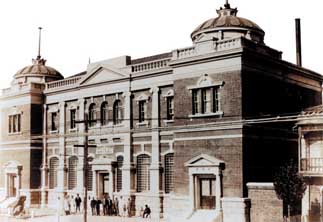 The new Daehancheonil Bank building was completed in 1909. It is the oldest bank headquarters building in Korea. Provided by Woori Bank Museum

One of the oldest documents related to Korean finance is the Songdo Rule Book on Bookkeeping. It was written during the Goryeo Dynasty (918-1392) when Songdo, an old name for Gaeseong, was the capital of Goryeo.

The book shows a detailed system for recording transactions involving the seller, the buyer and the goods, as well as the resulting credits and debts, in a manner that is strikingly similar to the bookkeeping methods used today. Some historians argue that the book proves that bookkeeping developed in Korea about 200 years earlier than its counterpart in Europe.

A sketch of the original Daehancheonil Bank, the first modern Korean bank, which used to be just north of the Cheonggye Stream in Jongno. Provided by Woori Bank Museum

In the latter years of the Joseon Dynasty (1392-1910), after Korea had recovered from the devastation of the Imjin War (1592-98) between Korea and Japan, commerce and trade became more active than ever.

In 1678, the government issued and circulated Sangpyeongtongbo, the national currency, and this further facilitated economic activity in Korea. 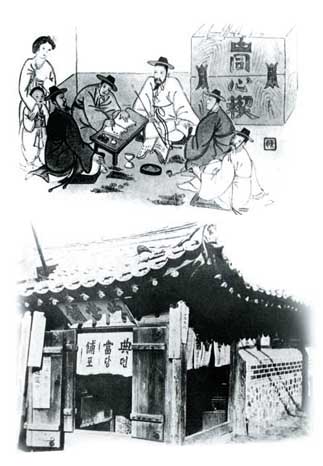 Top: An illustration of a gye, a traditional private savings group in Korea. Above: Another traditional financial system used by Koreans was the pawnshop. Provided by Woori Bank Museum

According to historical records, Koreans used several financial systems for saving, depositing, or borrowing money before modern banks were established. They include gye (traditional private savings group), sibyeon (short-term loans), jangri (long-term loans) and jeondang (pawnshops), among others. Of these, gye and jeondang are still used by some Koreans today.

Historians trace Korea’s first modern bank to the Japan First Bank, which opened as a branch in the port city of Busan in 1878. Soon after, more and more Japanese banks set up branches across Korea, increasing their presence and dominance in the Korean market. 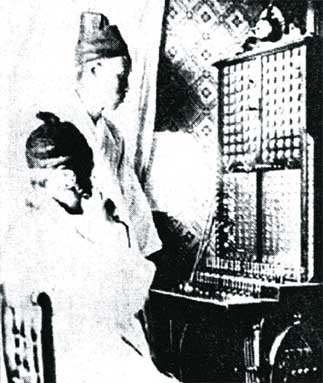 In 1903, Daehancheonil Bank became the first subscriber of a long-distance telephone service to facilitate communication between its Seoul headquarters and Incheon branch. Provided by Woori Bank Museum

This was cause for great concern among the Korean government and merchants. In 1894, King Gojong (1852-1919) set up a separate division charged with overseeing banking operations for the first time in Korean history. In the years that followed, the government and merchants tried to establish their own banks. They opened the Joseon Bank (1896), Hanseong Bank (1897) and Daehan Bank (1898), but all three closed within a year of their opening.

Then came Daehancheonil Bank in 1899. Daehancheonil was the first modern Korean bank and was opened by a group of influential merchants with full government backing. As “the first bank under the sky,” it was the central bank of the Korean Empire (1897-1910), a short-lived dynasty at the end of the Joseon period.

It was truly a Korean operation. The government was the biggest shareholder, King Yeongchin (1897-1970) was the second president of the bank, and the bank only allowed Koreans to be shareholders.

“Our office offers a significant amount of loans with house deeds. So instead of going to foreign pawnbrokers, come to our office,” reads an ad for Daehancheonil Bank in the Hwangseong Newspaper on Dec. 3, 1901.

In 1909, Daehancheonil Bank, which had been located just north of the Cheonggye Stream in today’s Jongno District, moved to a new building south of the stream. It was a handsome two-story Western-style structure with domes, arched windows and tall pillars.

“While other Western-style buildings built during that period were designed by foreigners, this one was designed by the Korean architectural company Takjibu Architecture Firm,” said Yim Seung-yeoung, curator at Woori Bank Museum.

Today it is the oldest bank building in Korea, and was designated by the city of Seoul as Monument No. 19 in 2002. It is currently used as the Jongno branch of Woori Bank.


Changes in the colonial period

With Japanese colonization (1910-1945), the banking sector in Korea was swept by changes. Daehancheonil Bank, for one, was forced to change its name to Joseon Commercial Bank and made to merge with Japanese-controlled financial institutions in subsequent years.

In 1909, Japan opened the Korea Bank (separate from today’s Bank of Korea) to serve as the central bank in its soon-to-be colony. Two years later, the name was changed from Korea Bank to Joseon Bank.

Joseon Bank settled into a building on “bank street,” which was formed by today’s Namdaemun and Myeongdong areas. Japan set up a number of banks and other financial institutions in and around the area during the colonial period.

“This is the second time in the banking history of Korea that a Korean bank was forced by the government to merge with a Japanese-controlled institution, in such a way as to lose its Korean identity and become Japanese,” said a writer denouncing Japan’s order to merge Joseon Commercial Bank with a Japanese bank. The statement appeared in an English-language article in the Dong-A Ilbo on Aug. 30, 1924.