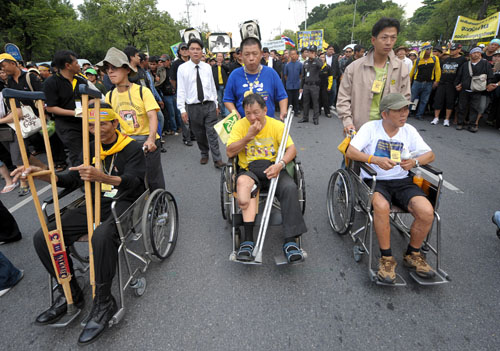 Member of Thailand’s People’s Alliance for Democracy (PAD) parade during a rally in Bangkok on Oct. 7, 2009. Thousands of royalist Yellow Shirt protesters gathered to commemorate the first anniversary of a violent crackdown on their demonstrations after they stormed the main government compound. Thailand’s “Yellow Shirt” protest movement helped topple premier Thaksin Shinawatra in 2006 and occupied Bangkok’s airports in 2008 to oust his allies. [AFP]