In the director’s chair with Kim Dong-ho

In the director’s chair with Kim Dong-ho 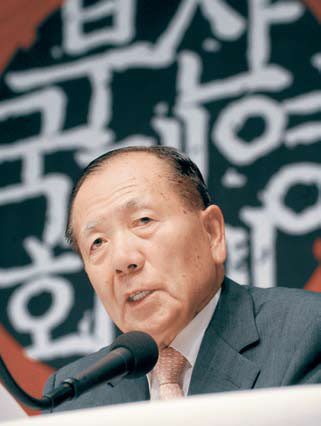 The Pusan International Film Festival has grown from a small, regional event into one of the largest festivals in Asia. In the 14 years since its launch, it has served as a major tourist attraction that injects new life into the economy of the nation’s second largest city every year.

It would not be where it is today without festival director Kim Dong-ho. Kim has been with the festival in both good times and bad since it began 14 years ago. In an interview with the JoongAng Daily last week, Kim talked about the progress the festival has made over the years and his interest in discovering new talent, which he hopes will help expand the scope of the festival, though he still remains committed to films and directors from Asia.


Q. There is a new category called Flash Forward this year, which is aimed at finding new talent outside of Asia. Last year, you mentioned that you were going to expand the film festival. Are you planning to shift the focus from Asian cinema to world cinema?

A. So far, we only have had the New Currents Award, which is just focused on Asia. This year, however, we also wanted to find new films and young directors outside of Asia. We will continue to concentrate on Asia but will also try to expand our scope.


Where does PIFF stand in comparison to other international festivals?

When there are international film industry meetings with only eight to 10 film festival directors invited, I am now included on the guest list, which seems to be a sign of the festival’s growing influence.


What determines a film festival’s status?


What is needed most for a film festival to grow?

The most important thing is the quality of the films being screened. If there were no interesting films to watch, there would be no need for film industry officials from Europe or America to come here. Government support is also a must. The Cannes and Berlin film festivals received half of their annual budgets, around 20 million euros ($29.4 million) in 2007, from their respective governments.


It has been said that you intend to keep the number of films screened at the festival to 300. Why?

The number of films is appropriate for the number of theaters we have. There are 37 screens for the festival and about 300 films. We are screening at least three films for each of the celebrated directors who will be visiting. There are also four retrospectives. The number 300 is not small when you consider that there are about 100 to 120 films shown at the Cannes International Film Festival.

When we first started, people were skeptical. Some people thought the festival would end as a one-time event. But 200,000 people came to the first festival. It was encouraging. I feel very fortunate as I watch the festival continue to make progress and see the number of foreign guests grow.

In addition, people are coming to watch the Asian films screened at the festival. It is meaningful that so many renowned directors and government officials will be here.