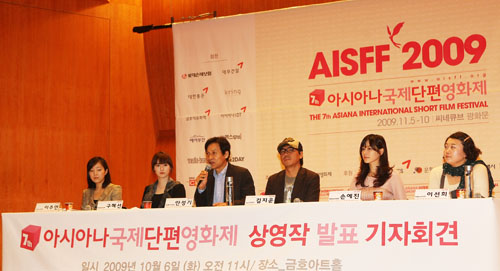 Grab some popcorn and a soda, sit back and relax, as the season of film is upon us.

Fall is a great time for movie buffs in Korea, as the country plays host to the prestigious Pusan International Film Festival, one of the most influential movie events in all of Asia. Also known as PIFF, the event kicks off today in the southern port city of Busan, providing its biggest lineup ever.

While PIFF gets the lion’s share of the attention, another film festival later in the fall is increasingly grabbing the spotlight as well.

This year’s Asiana International Short Film Festival (AISFF), which runs from Nov. 5 to 10 at the Cinecube theater in Gwanghwamun, central Seoul, will feature 79 films from 32 countries - an impressive tally by any measure. 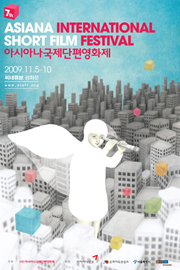 “I urge moviegoers to turn their attention to AISFF as soon as PIFF ends,” veteran actor Ahn Sung-ki, who is serving as director of the short film event for a fifth year, said in a press conference Tuesday.

The short film festival doesn’t have quite the name recognition as PIFF. But the event, now in its seventh year, has established a solid foothold despite a growing number of movie festivals.

“I participated in the first edition of AISFF as a jury member and, frankly speaking, I doubted at the time whether it would last,” said Kim Ji-woon, a well-known filmmaker who will lead the jury panel this year for the international competition section of this year’s event. “However, AISFF has continued to grow and is the one and only international short film festival in Korea.”

The 45-year-old filmmaker, who directed the Korean blockbuster “The Good, the Bad and the Weird,” also revealed his philosophy as a juror. “I feel a strong sense of responsibility because selecting good short films is equivalent to picking out good and promising filmmakers,” Kim said. “I will choose ones with rhythm and color that are peculiar for short films.”

Popular actress Son Ye-jin has joined the jury panel that will give out the award for best performer in short films, while actress Koo Hye-sun - who recently ventured into filmmaking, writing and painting - directed the festival’s promotional trailer.

Two films, “The Employment” by Argentinean director Santiago Bou Grasso and “WU” by French filmmaker Cecile Vernant, will open the festival on Nov. 5. Another 52 short films will be screened during the rest of the event, and they will compete for a grand prize of 15 million won in the international competition section. The event also will feature 25 movies grouped into four topics: “Focus on Directors: Cinema Old & New,” “Shorts with Theme I: Understanding & I,” “Shorts with Theme II: 8” and “Mix Planet: Ola! Brazil.”


Advance tickets go on sale Oct. 26 at www.icinecube.com and can be purchased at the Cinecube box office during the event. The opening films cost 7,000 won ($5.98) each; the other films cost 5,000 won. For more information, visit www.aisff.org.