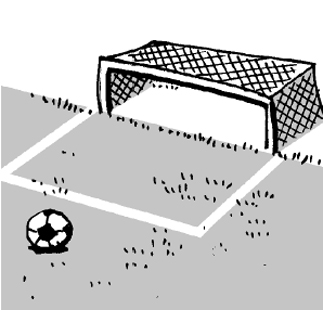 Thanks to the good performances of the Korean football team at the U-20 World Cup Egypt 2009, many people were reminded of another competition they could not easily forget. At 8 a.m. on June 16, 1983, people who arrived at their work places early enough gathered together in front of television sets, instead of starting their daily routines. Classes at schools were also laid aside.

The attention of the whole nation was on the semifinal of the U-20 World Cup between Brazil and South Korea which was held in Mexico. The Korean youth team led by head coach Park Jong-hwan made the whole nation buoyant with expectation by achieving consecutive wins in a marvelous way to advance to the semifinal.

Although they were defeated 1-2 after a very close match, the press thought highly of the fighting spirit of the Korean players in red uniforms, saying that “they fought like red devils.” Since then the label “Red Devils” has become the symbol of Korean football team.

However, the success story stopped there. Although head coach Park assumed the duty to train the Korean national football team as its head coach in 1986, he was dismissed in July 1988, only two months ahead of the opening of the Olympics, when it was decided that the team’s performances were not up to the mark. After all, the Korean national team failed to pass the elimination contest with a poor record of two draws, one defeat. Among the members of the 1983 U-20 team, it was only Kim Pan-keun, a defender, who played as a member of the Korean National Football Team for the 1988 Olympics. The ace members of the youth team, like Shin Yeon-ho and Kim Jong-bu, failed to grow up to be star players of Korean football team.

It was a big contrast that the players of Brazil’s team that won the title, such as Bebeto, Dunga and Jorginho, grew up to be world-class players and led their team to win the championship title again at the 1994 World Cup in the United States.

But the U-20 isn’t the only place that Korean youth have shined in the past. Korean young people have demonstrated world-class capabilities in many other fields. The fact that Korean high school students have gained outstanding grades at the International Mathematical Olympiad and the International Science Olympiad every year for the past 20 years is a good example. Despite their excellence in mathematics and science, it is difficult to say that they have grown up to be the world-class mathematicians and scientists.

I wonder whether temporary expedients that facilitate gaining good points, instead of long-term growth, have been rampant in our society. Will the young soccer heroes, the first successful team trained by Hong Myung-bo, head coach of Korea’s U-20 team, grow up to be future star players of Korean team? What will happen from now on is more important for their future.