Digging ourselves in a hole

Digging ourselves in a hole 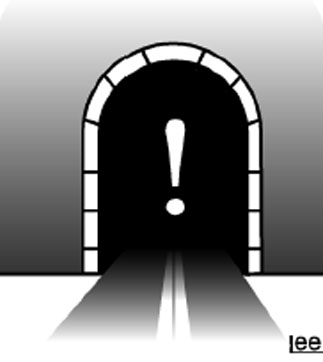 By Hoh Kui-seek
Namsan Tunnel No. 1 was the first Korean construction project that was built using investment from the private sector, but it went insolvent. The developer, Hansin Real Estate Company, calculated that it would earn a total of 450 million won ($385,000) per year if it collected a 60 won toll per vehicle that passed through the tunnel. But the ambitious forecast that an average of 20,000 vehicles would pass through each day was wrong, because the total number of vehicles in Seoul in 1970 when the tunnel was opened to traffic was only 60,000. The company went bankrupt and the management of the tunnel was passed into the hands of Seoul city.

From the beginning, it was not a tunnel that was planned based on an economic feasibility study. One year before, in 1969 when the construction work began, the tension between the two Koreas went to the highest level due to aggressive movements by North Korea. According to “Tales on Seoul’s City Plan” written by Sohn Jeong-mok, Namsan Tunnel No. 1 was constructed in a hurry under the “Seoul City Fortification Plan.” The plan was for the government to build a shelter that could accommodate 300,000 to 400,000 citizens during wartime.

As far as tunnels built in preparation for wartime are concerned, we cannot leave out the tunnels North Korean infiltrators dug under the demilitarized zone. Four North Korean tunnels were detected during the 1970s. Lee Ki-hwan, who received a master’s degree from Sungkyunkwan University with a thesis about ways to preserve relics in the demilitarized zone, wrote that there were 198.7 kilometers (123.5 miles) of tunnels built by Chinese troops and 88.3 kilometers of tunnels dug by the North Korean army. He got the figures from Chinese Military Academy material published in 2005. The North Korean military doesn’t just function above ground; it has subterranean soldiers as well.

South Korea is also good at digging tunnels. Since there are not many open fields, but many rugged mountains, South Korean construction companies have more than enough experience building highways through mountainous areas by digging tunnels.

In the past 30 years, they have built 700 kilometers of tunnels by blasting through rocks with blasting powder. It may be thanks to such abundant experience in digging tunnels that South Korean construction companies participate in many large-scale tunnel construction projects overseas.

Since the inauguration of the Lee Myung-bak administration, there has been a rush of tunnel projects. The governor of Gyeonggi, Kim Moon-soo, has proposed building a deep tunnel for trains that will travel 50 meters below the surface. Oh Se-hoon, the mayor of Seoul, has pledged he would build underground highways in Seoul. The biggest obstacle to President Lee Myung-bak’s Grand Canal project was the construction of a tunnel at Mount Joryeong. There is also a proposal to build an underwater tunnel that will extend the operation of the KTX Honam line to Jeju island.

Last week, the Gyeonggi Research Institute presented four plans that show the routes of the planned Korea-China tunnel, and there were some assemblymen who openly supported the construction of a Korea-Japan tunnel while the inspection of government offices were going on. We can perhaps say that this is the golden age of tunnel construction and tunnel politics. However, they should not commit the mistake of ruthlessly promoting the construction of economically unfeasible tunnels. It’s a mistake to believe in one’s capability to execute a project successfully without studying economic liabilities beforehand. The writer is a deputy business news editor of the JoongAng Ilbo.