A unique flavor of rock music

A unique flavor of rock music

Rock lovers listen to a band at last year’s Grand Mint Festival. Provided by the organizers

Korean rock events have never looked as chic as the Grand Mint Festival, a two-day music extravaganza later this month featuring local indie darlings as well as overseas acts carefully picked to fit into the event’s rather selective lineup.

For those who were revved up to hear that Guns N’ Roses will be coming to play in Korea this December, this festival might not be your cup of tea. Ripped up “Sid and Nancy” couple T-shirts and grungy floors littered with beer cups will make way for picnic blankets on freshly cut grass and various booths including a “beauty zone” complete with a powder room.

Now in its third year, Grand Mint has established a distinctive status in the local rock festival scene. Unlike its bigger rivals - the Pentaport Rock Festival and the Jisan Valley Rock Festival - Grand Mint has continually featured musicians who garner a smaller cult following and have a comparatively subdued “urban” aesthetic and sound.

“We have no intention of headlining a band like Oasis because all venues will be open to them anyways,” said Jin Moon-hee, the festival coordinator for Grand Mint. “We tend to feature artists who are not festival regulars per se.”

Perhaps one of the most alluring aspects of this festival is the fact that it doesn’t quite have an equivalent. “For big names, you go to Pentaport or Jisan. But for a more intimate experience with audiences that appreciate a certain kind of music, Grand Mint is the only way to go,” said Lee Hye-won, 30, who went to the festival the last two years. 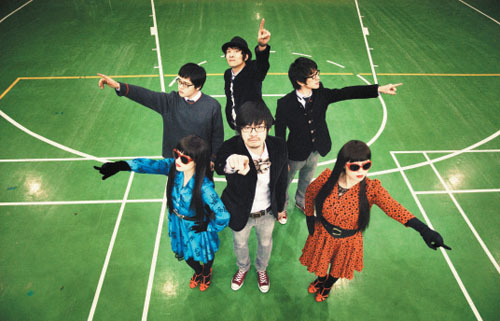 Jang Ki-ha and the Faces

The lineup for this year reads like the CD shelf of an introspective, “Wuthering Heights”-reading liberal arts college student. Seasoned local acts that make up the first generation of Korean indie bands including Sweetpea, My Aunt Mary, Sister’s Barbershop, Julia Hart and Bulldog Mansion will be performing alongside big names from overseas including British band The Cribs - which includes legendary ex-guitarist of The Smiths, Johnny Marr. German musician Maximilian Hecker, whose delicate electronic sound has been compared to the French music duo Air, will also be performing on the festival’s “Mint Breeze” stage.

Local newcomers who are mostly seen in understated venues around the Hongdae area will be showcased at the festival as well. Sohee, donning a folksy, acoustic sound and self-reflective lyrics, is set to showcase songs on the “Blossom House” stage. The Moonshiners - fronted by Cha Seung-wu, a member of one of the most successful contemporary punk bands in Korea, No Brain - will sing their brand of tongue-in-cheek, in-your-face punk anthems. Celebrity model Jang Yun-joo will hold an acoustic live session on the “Loving Forest Garden,” while Jeon Je-duk showcases bluesy harmonica tunes on the same stage. 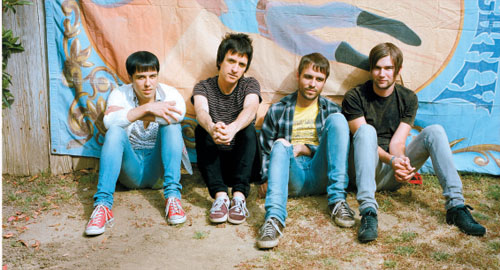