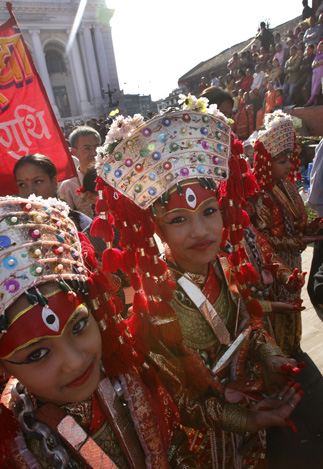 People clad in traditional dresses take part in a Newari new year parade in Kathmandu yesterday. The Newar community in Nepal celebrates their new year for the year 1130 all over the country on Monday to demand that their ethnic calendar, the Nepal Sambat, be accepted as the official national calendar by the government as oppose to the Bikram Sambat calendar, which was adopted in the late 19th century. [REUTERS]