Musicians abroad look to Korean folk song for some inspiration

Musicians abroad look to Korean folk song for some inspiration 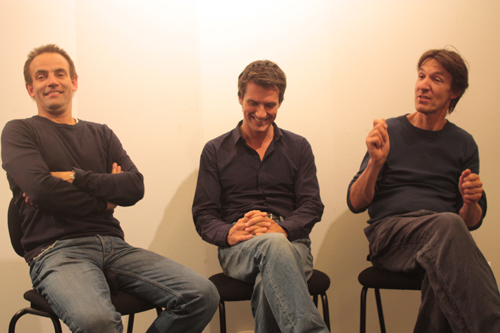 “I guess you could call our music the Arirang of northern Europe, or Nordic Arirang,’” Wakenius said.

Arirang, a traditional Korean folk song, is known for expressing han - a unique aspect of the piece that roughly translates into sad undertones in lyrics and sounds - and heung, a livelier part that balances it out.

Now, the Korean Traditional Performing Arts Foundation has decided to release an album featuring Arirang-inspired songs by Wakenius and other artists from numerous countries including the United States, Germany, the Netherlands and Japan.

These variations are catching on with musicians worldwide, who are incorporating the style into a variety of genres including new age, crossover and jazz. This new type of hybrid music is giving rise to a new genre called “European Arirang.” The han and heung concepts still linger, but with a modern touch for contemporary listeners.

The foundation’s upcoming album will showcase songs by Norwegian jazz vocalist Inga Marie, who made her debut in 2005; the European Jazz Trio, which currently has a growing fan base in Korea; guitarist Jesse van Ruller; and new age pianist George Winston, among others.

The artists say they were surprised to see how well Arirang music can blend in with the sounds of a guitar. Jazz columnist Kim Chung-nam said that the famous U.S. jazz musician Stan Getz was able to do the same with Brazil’s bossa nova movement during the 1960s.

“I hope these musicians will introduce Korea’s Arirang movement to the international music community, just like Getz,” he said.