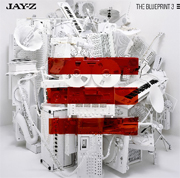 Name-dropping Sinatra, condemning the auto-tune craze and sampling Alphaville’s 1980s classic “Forever Young,” the Jigga Man kicks it old school in his next chapter of “The Blueprint.”

Those who have overdosed on T-Pain’s electro-bastardization of music are in luck. The sounds of an actual drum kit, woodwinds, piano and brass dominate this disc, which supplement the rhymes of a rapper at the top of his game. On “D.O.A. (Death of Auto-Tune),” Jay-Z details the lofty ideals to which he aspires, proclaiming himself as the “only rapper to rewrite history without a pen.”

But rather than making this album all about himself, Jay-Z also shines the spotlight on who’s who in hip-hop. Featured artists include Alicia Keys and proteges like Rihanna and Kanye West. The hot new rapper Drake, whom some may remember from his “Degrassi” days, livens up the standout track “Off That.” Altogether, “The Blueprint 3” shows that Jay-Z’s still got it, whether he’s playing mogul or M.C.