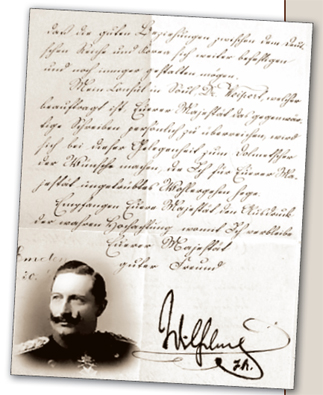 There are about 350 documents received or written by Emperor Gojong but the personal letter written by German Emperor Wilhelm II is the first one written by a head of state.

More than a century after it was written, a letter composed by German Emperor Wilhelm II to Emperor Gojong (1852-1919) supporting Korea’s independence has recently been discovered.

German Emperor Friedrich Wilhelm Viktor Albert von Preussen (1888-1918) sealed the letter on July 20, 1902, with his personal signature. In it, he wishes his Korean counterpart well and expresses his hope that Gojong’s reign will continue and that the Korean Empire (1897-1910, successor to the Joseon Dynasty) will prosper. The letter also specifies that “relations between Germany and the Korean Empire should become more solid,” and ends with the German emperor calling Emperor Gojong “a good friend.”

In all, there are about 350 documents received or written by Emperor Gojong, but until now no letters from heads of state have been found, making this a significant discovery.

The existence of the new letter is expected to add weight to the theory that King Gojong actively tried to prevent Korea’s annexation to Japan, which contradicts the work of some scholars who have portrayed the king as a weak ruler who relied too heavily on foreign powers.

“The letter from the German emperor was meant to assure Gojong that Germany was supportive of the independence of the Korean Empire,” explains Jeong Sang-su, a professor at Myongji University specializing in international studies. The professor discovered the letter within an archive holding political documents in Berlin, where he has been doing research since the end of 2007.

The letter was written in 1902, which is significant for Gojong, who was entering the 40th year of his reign. That was also the year the Anglo-Japanese Alliance was signed, which outlined a “special understanding” regarding Japan’s interest in Korea. The agreement further solidified Japan’s grip on the Korean Peninsula, shrouding Korea’s future in uncertainty. Moreover, the treaty distinguished Russia as a common enemy and set out conditions by which the two countries agreed to divide their interests in East Asia.

Meanwhile, German Foreign Ministry records show that a second letter from the German emperor to Gojong written with the same supportive tone was sent the following year and received by Korea. However, the whereabouts of this letter are unknown.

Although the first letter did not make it to Emperor Gojong, Jeong thinks that the Korean emperor was able to solidify Korea’s relations with Germany through the second letter and that this is why Gojong opted to send a personal letter of his own to Wilhelm in 1906. The second letter outlined the forceful nature of the Eulsa Treaty, which effectively annexed Korea to Japan.

The secret letter that Friedrich Wilhelm Viktor Albert von Preussen, the emperor of Germany, sent in 1902 to Emperor Gojong has prompted scholars to re-evaluate Emperor Gojong’s diplomatic efforts and shed some light on international affairs at the time. As next year marks the 100 anniversary of the Eulsa Treaty (the Japan-Korea Protectorate Treaty), which essentially took away Korea’s diplomatic rights, it is said the discovery will lead to different interpretations regarding the status of the Korean Empire. Many scholars now suggest that Emperor Wilhelm recognized the prestige of the Korean Empire in the way he addressed the Korean emperor. In his letter, Emperor Wilhelm addresses Gojong as, “Kaiser von Korea” which means emperor of Korea, rather than “koenig” meaning king.

The letter was found buried among other political documents at an archive in Berlin by Jeong Sang-su, a professor at Myongji University specializing in international studies. The professor found the letter with its seal still unbroken; to open it, he had to gain the approval of German officials. 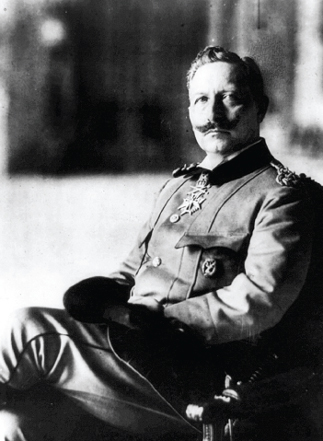 German Emperor Wilhelm II sent a letter of support to Emperor Gojong Who tried to prevent the annexation of Korea to Japan. [JoongAng Ilbo]

“This certainly reveals a crucial part of the history of Gojong’s endeavors for independence,” Jeong said.

The professor has made some strides in recent years in piecing together information regarding Gojong’s struggles as he tried to steer a weak country through a difficult time when nations such as Japan, Russia and some European countries had designs on the Korean Peninsula.

Jeong had previously found a letter written by Emperor Gojong to Emperor Wilhelm in 1905. That letter was written and translated by Min Cheol-hun, who served as the Korean minister to Germany after the Eulsa Treaty was signed. It was received by the German Foreign Ministry on Nov. 24, 1905. The letter was sent in the form of a telegram to Emperor Wilhelm and includes the German word “untat,” or crime in German. The inclusion of the word is thought to emphasize the injustice of the Eulsa Treaty.

Another document discovered by Jeong was previously regarded as the first letter sent to Germany by Gojong. In the letter, received by Germany on Nov. 21, 1905, Gojong describes the forced nature of the Eulsa Treaty (signed on Nov. 17 of the same year) and asserts its illegality under international law.

Before Jeong was able to dig up either letter, a telegram sent from Gojong on Nov. 26, 1905, to U.S. missionary Homer B. Hulbert, who had close ties to the Korean court, was considered to have been Gojong’s first diplomatic letter against the treaty.

The letters are expected to lend strength to the idea that Gojong advocated for Korean independence, which is contrary to previous research.

“All the correspondence begins with Emperor Wilhelm’s letter,” said Jeong. “Korea’s Ambassador Min had asked Emperor Wilhelm to write a letter of friendship to Gojong as a way to commemorate the 40th anniversary of his reign and also to show the Korean emperor that Britain’s interference in Northeast Asia was not welcome.”

The professor also suggests that Emperor Gojong be given credit for trying to use diplomacy to steer the country away from the abyss into which it was sinking. 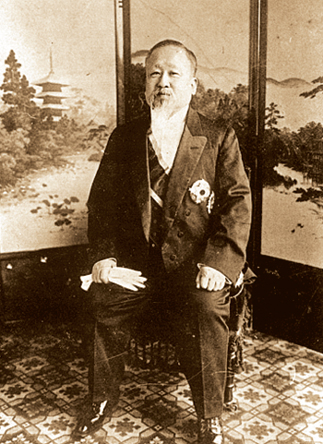 At the time, “the Japanese ambassador to Germany only spoke English but Min Cheol-hun spoke German,” Jeong said. “For this reason, Wilhelm and Gojong were able to have a closer relationship with each other than the one Japanese officials had with the German emperor.”

With the start of the Korean Empire in 1897, Gojong had set forth the Gwangmu Reformations. This act was aimed at centralizing the power in the monarchy and modernizing society, especially the military.

Although his efforts were ultimately unsuccessful, the reforms included a measure for the establishment of learning facilities for diplomacy. This included a government-supported German language school, because Gojong believed that speaking the language would make the nation stronger.

The special relationship between the Korean Empire and Germany is revealed in another incident. Konrad von Saldern, the German minister to Korea, delivered a letter from Wilhelm to Gojong in April 1903 when he became ambassador. Gojong had trusted Saldern enough to ask for his assistance in making a secret deposit of 1 million marks (about 500 billion won or $429 million in today’s money) of Gojong’s private money into a German Bank. When Japanese officials confiscated Gojong’s money, Saldern reported only half of the actual amount deposited so that the rest could later be given to Gojong. The whereabouts of the remainder of the money is still unknown.