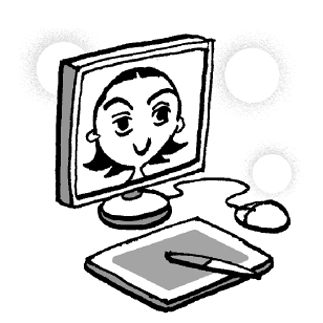 Women have put their lives on the line for thousands of years in the pursuit of beauty.

During Roman times, women would apply cosmetics derived from lead to their faces to make themselves looker fairer, even though they must have known the possible dangers. The lead was capable of poisoning and paralyzing, often leading to death. Yet the use of lead in this way persisted for 2,000 years.

Trying to look as thin as possible has also been predominant through the ages. In many cultures, the hourglass shape has long been revered. “Han Feitzi,” a classical Chinese book written in the second century B.C., reports that many women died from hunger because the emperor was said to favor women with slim waists. And in 19th century Europe, women would die if their corsets were bound too tightly, as it was possible for a splintered rib bone to pierce their intestines.

Where does this focus on a woman’s looks come from?

David M. Buss, an evolutionary psychologist, says we have to start with looking at mating rituals from the earliest of times. Since reproduction fueled evolution, a female who looked like she was capable of bearing a number of children was the preferred choice of the male.

Healthy skin, bright and clear eyes, plump breasts and big hips were reckoned to be good signs that a woman was fertile and capable of reproducing.

So if you wanted a mate, you had to look good and beat out the competition, which is why women would take such risks to change their appearance.

The effort modern women put into their outward appearance is no less than in the old days. What has changed is that the standard of beauty is not related to the ability to bear lots of children anymore. Instead, healthy young women cling to a diet that they hope will make them look like celebrity entertainers who are often as thin as chopsticks.

There are tens of millions of young women aged 12 to 25 who don’t menstruate because they suffer from eating disorders that cause unhealthy diets. Some disorders such as anorexia are fatal, with around 5 to 10 percent of patients dying within 10 years.

This is the reason European countries have started to promote regulations on photo editing. They are going to make it mandatory to insert the warning, “This photo is graphically edited. Don’t be deceived.” - similar to the ones see on cigarette packs and liquor bottles.

The purpose lies in preventing young women from being conned into believing that they can obtain the digitally enhanced figures of models that they see on television and magazine covers.

Since plastic surgery is such a huge craze in Korea, I wonder if such warnings should be introduced here as well.

The writer is an editorial writer of the Joong-Ang Ilbo.