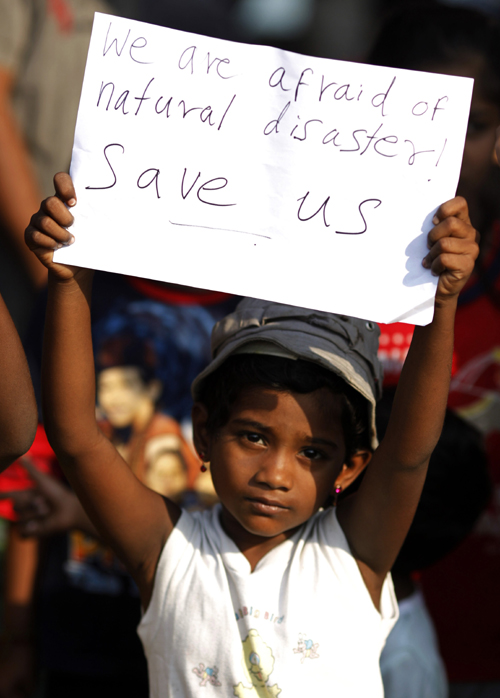 A Sri Lankan asylum seeker, detained by the Indonesian Navy, holds a placard on a wooden boat at Cilegon harbor in Indonesia’s Banten Province yesterday. Australian Prime Minister Kevin Rudd, keen to curb the growing number of asylum seekers sailing to Australia via Indonesia, will hold talks with Asian leaders on the issue, which has become divisive ahead of 2010 elections. [REUTERS]