From military complex to new museum

From military complex to new museum 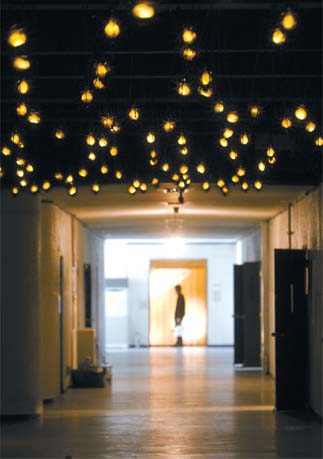 On the eastern side of Gyeongbok Palace in central Seoul, there is a tightly guarded place surrounded by high security fences. It is likely that not many of the people who have come here to see the city’s largest Joseon Dynasty-era (1392-1910) palace and patronize the trendy cafes and restaurants nearby know the place or how it is used. Like an island, it is disconnected from the rest of the neighborhood.

But not for long. The site, occupied by the former Defense Security Command headquarters until November 2008, will soon be given new life as a venue for contemporary art.

To celebrate the coming transformation, the National Museum of Contemporary Art filled the buildings with 300 artworks by 58 artists for the first exhibition at the site, aptly titled “Beginning of a New Era,” which started yesterday. The new venue, tentatively named the National Museum of Seoul, is scheduled to open in 2013.

“This exhibition reflects on the past while also looking to the future,” said Ki Hey-kyung, co-curator of the exhibit. “The pieces show the museum’s history and characteristics.” 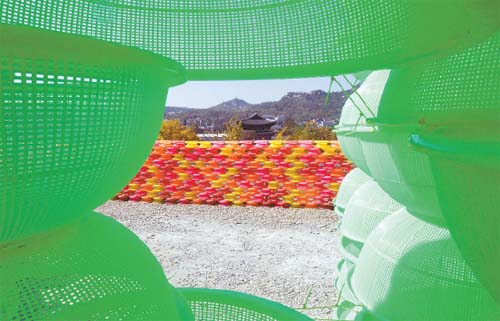 One notable piece in the exhibition is by Kim Tschangyeul, who is known for his paintings of water droplets. He started incorporating the droplets into his works in the 1970s, fascinated by their clarity and brightness. Since then he has used different materials, from newspapers, sand, hemp cloth or wooden boards, as the background for drops in different stages of appearance or dispersion. Some drops look like they are just coming into being, while others appear to slowly be sinking into the canvas. Kim’s piece “Recurrence” (1995) was created when he began painting water drops on Chinese characters to highlight their different shapes.

Mirrors cover the rectangular-shaped structure that is at the center of the interactive installation titled “The Sublime - The Space of Heterotopia” (2009) by Kang Airan. The mirrors reflect the light emanating from books perched on shelves against the wall. The “books” are made of semitransparent plastic and are lit from the inside by light-emitting diodes. They bear the names of artists such as Caspar David Friedrich, Mark Rothko and James Turrell, and were meant to be selected, picked up and transported inside the structure. Once inside, the structure responds to the books by playing a video with an explanation about the book.

Kang once said that because of the Internet and mobile technology “time and space are condensed and people can even cross between real and virtual worlds without physical movement. However, this is nothing but a prelude to the advent of a new nomadic era and new culture.” His piece seems to test that theory while inviting the viewer to imagine what the new world might look like. 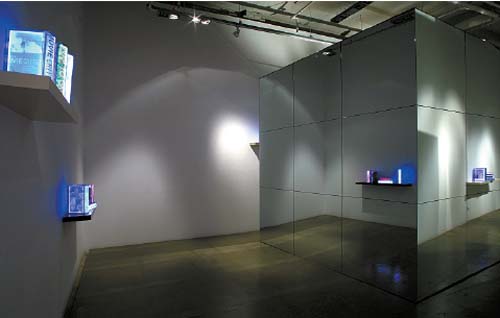 On the second floor of the exhibition, glowing pendulums swing from another installation titled “Pendulum of Secret - Occultus Libramentum” by Choe U-Ram. Choe is known for his robotic creatures that look like insects and fish. According to Choe, the pendulums are robotic organisms that evolved from the secrets held by the Defense Security Command. The creatures, Choe says, feed off of the energy it takes to keep the secrets hidden.

The installation titled “Imagining Three Dimensions Space” (2009) by Jheon Soocheon builds on this idea of secrets. The piece itself is reminiscent of a telephone switchboard and, according to Jheon, is designed to capture the secrets once exchanged at the military intelligence headquarters.

The piece titled “Gogh’s Room” mimics Dutch painter Vincent van Gogh’s room. The bed, chair and desk are arranged to look like a room in an old European home. In addition, Lee Moonho, the room’s creator, took a picture of the room, printed it and hung it on the wall. The photograph, a reproduction of the reproduction, is made to look like a painting and further encourages the viewer to consider concepts of multiplicity and reality. 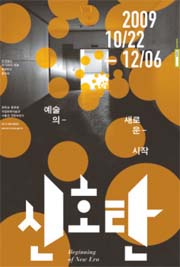 The question of what is real is also raised by the piece “Water Shadow - Paik Nam-june,” a tribute to the Korean video artist by Kim Changkyum. The piece consists of two small basins surrounded by a patch of artificial grass. At first sight, the basins seem to have water in them but it soon becomes apparent that the water is really a video image projected onto the basins.

On the roof, the thousands of colorful plastic baskets that are part of the piece “Gun, Germs and Steel” by Choi Jeong Hwa function almost as an announcement of the building’s impending transformation. All of the rooftops in the neighborhood are off-limits for security reasons due to their proximity to the Blue House, which is just a few blocks away. The Blue House even called to ask about what was going on when the piece was being installed, according to Ki, the curator.

The installation is clearly visible from the street and visitors will be allowed on the roof during museum hours to take in the view of Gyeongbok Palace and the surrounding area. 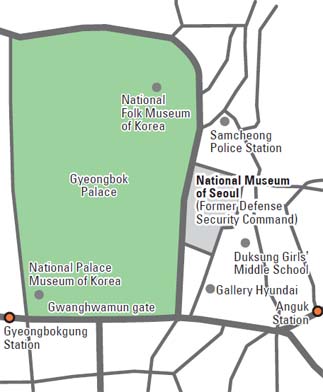 One of the most interesting parts of the exhibition is the military buildings themselves. This is a place that used to be restricted to the public, but people can now wander through the buildings from the basement to the rooftop.

To get a feel for what the buildings might have been like when they were in use, there are two documentary films that are also part of the exhibition.