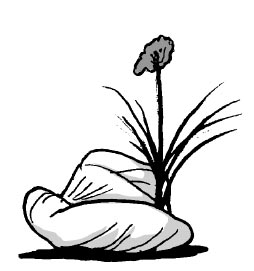 There is a joke that all words related to addiction include the syllable “ma” in Korean. From horse racing, mahjong, marathons and massages to Marxism and Maoism, they all fall into this category despite the differences in the combination of letters in these words. The joke is particularly clever, because the syllable “ma” in the words above reminds us of the same “ma” in the Korean word for narcotics - ma-yak.

The origin of narcotics is opium. Morphine and heroin are the offspring of opium. Opium is the first drug human beings used. Humans got ahold of it much earlier than alcoholic beverages, which require a knowledge of fermentation to produce.

The seeds of a poppy plant, from which opium is extracted, were found at a 6,000-year-old historical site in Switzerland. The Sumerians, the first civilized human race, called poppy hul gil, meaning “a plant that gives pleasure.”

The Arabs used opium as a trading item. They could do this because the teachings of Islam did not strongly prohibit the use of narcotics. Opium disappeared from Europe with the fall of the Roman Empire, but its lost memories were revived by the Crusades.

After the sea route to India opened, the drug flowed into Europe. When the British occupied India, they used opium as a political and economic weapon. British merchants exported opium from India to China and turned the Chinese into addicts. Britain provoked the Opium Wars so that it could fight against the Qing Dynasty that prohibited the importation of the drug.

In those days, according to a book on opium written by Martin Buss, the substance was as easily available in China as coffee and hamburgers nowadays. It is also said that Chinese addicts, who went abroad looking for jobs in the 19th century, played a decisive role in spreading opium globally.

Narcotics are still political as well as economic material. The war the United States is fighting in Afghanistan, where 90 percent of opium consumed in the world is produced, is in a sense a war on narcotics.

In a report released last week, the UN Office on Drugs and Crime estimated that the Taliban in Afghanistan earn between $90 million and $160 million annually from opium-related businesses. Now the Silk Road of old days has been turned into “the heroin road” according to the report, and the money from Russia and Europe flows into the hands of the Taliban.

In order to cut off the money flow, the United States is encouraging Afghan farmers to cultivate alternative crops even by paying them subsidies. At the same time, the United States is squeezing the distribution network of narcotics through the world. In Korea, Pakistanis who smuggled out acetic anhydride, which is used in refining heroin, were arrested and sentenced to a five-year jail term last week.

At a time when an alert against narcotics has been issued all over the world, Korean-American students in their teens were arrested as they distributed or took narcotics in groups. I wonder whether their sense of international awareness is on the level of paralysis, or ma-bi in Korean. The writer is a deputy business news editor of the JoongAng Ilbo.