Spice it up with some ‘Seduccion’

Spice it up with some ‘Seduccion’ 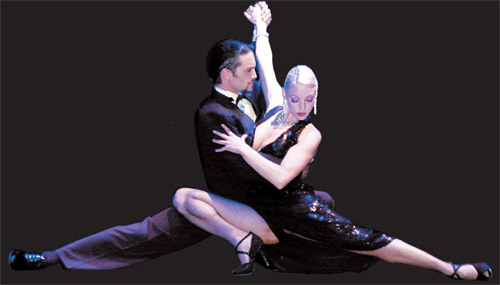 “Tango Seduccion,” a popular performance by world-renowned tango dancer and choreographer Gustavo Russo, will take the stage in Seoul from Nov. 10 to 15. Provide by Credia

In the words of its devotees, the famous dance show “Tango Seduccion” is an “energy bomb,” “a sensation” and even a performance that “cannot not be described by words.”

Next month, you’ll get a chance to decide for yourself if any of those apply when well-known Argentinean tango dancer and choreographer Gustavo Russo brings his passionate and rhythmic show - which features 20 exceptional dancers, musicians and singers - to the Chungmu Art Hall Grand Theater.

This is a great chance to see the Argentine tango masters live in a spectacular show. The troupe has met an enthusiastic welcome in countless countries and captivated the likes of notables ranging from Princess Diana to Ronald Reagan. The media have even dubbed them the “pride of their country.” 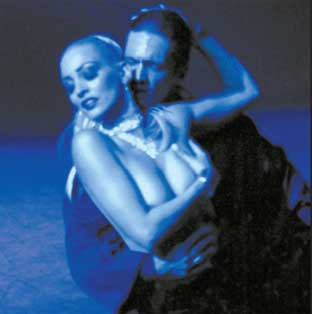 According to Russo, these “fiery” scenes can only be created by the most talented and passionate dancers. And only these types of performers are accepted into the Tango Seduccion group. Each initially achieved success in other groups and performances, and Russo claims he chose the best of the bunch.

The heroine of the performance, Samantha Garcia, previously worked under the direction of well-known choreographers around Germany, Spain and France. She also performed in the popular musicals “Les Miserables,” “Cats,” “Miss Saigon” and “Jesus Christ Superstar.” She eventually joined Gustavo and has played the role of his partner since 2003.

The aim of the show is to display the various characteristics of love, including both the good and bad sides of human nature - unfaithfulness, disappointment, sadness, happiness and, of course, real and everlasting love. The performance has two parts, one comic and the other serious. The first is a journey through time, revealing the birth of tango and describing various social aspects of the world from the end of the 19th century. The second part presents artistic styles of traditional dance and tango music. Rated R-19, Tango Seduccion will feature the full extent of seduction and voluptuous beauty during the last 10 minutes of the show.

In a recent interview with the JoongAng Daily, Alfredo A. Alcorta - the Argentine ambassador to Seoul - said that tango is an indispensable part of his country’s culture. “You can see very young people dancing with old ladies and the opposite - very old men dancing with very young women,” he said.

Tango Seduccion will run from Nov. 10 to 15 at the Chungmu Art Hall Grand Theater. Performances start at 8 p.m. during the week and at 3 and 7 p.m. on the weekend. Tickets are now on sale and cost between 44,000 won ($37.40) and 88,000 won. You can get them in advance at http://ticket.interpark.com. For more information, check out www.tangoseduction.com.