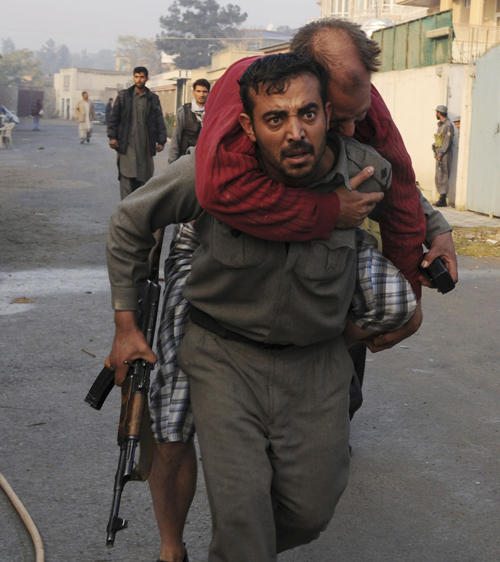 An Afghan policeman carries a wounded man at the site of an attack by militants in Kabul Oct. 28. Six UN foreign staff were killed when Taliban militants attacked an international guesthouse in Kabul on Wednesday, while rockets were fired at a foreign-owned hotel in the Afghan capital, forcing 100 guests into a bunker. An increasingly resurgent Taliban have vowed to stage attacks ahead of a run-off in Afghanistan’s presidential election on Nov. 7 and the apparently coordinated assault on Wednesday will raise questions about security for the vote. [REUTERS]