Waiting for the world

Waiting for the world 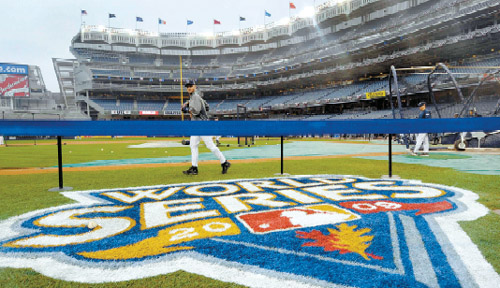 The New York Yankees’ Derek Jeter runs onto the field at Yankee Stadium during “workout day” before the 2009 Major League Baseball World Series between the Yankees and the Philadelphia Phillies in New York on Tuesday. Game one of the World Series kicks off this morning (Korea time) at Yankee Stadium. [REUTERS]