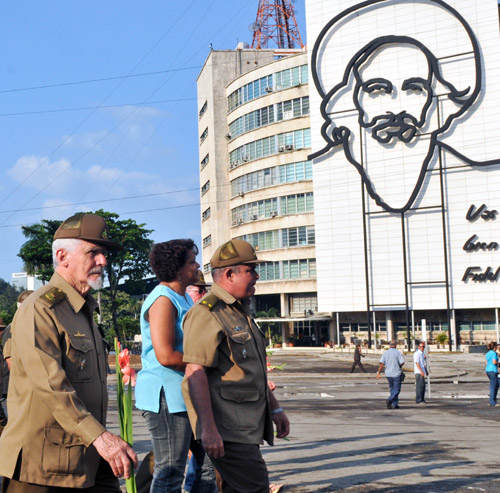 Cuban revolutionary commander Ramiro Valdes, far left, walks in front of a sculpture with the image of Cuban revolutionary Camilo Cienfuegos, during the commemoration of the 50th anniversary of his disappearance in Havana on Oct. 28, 1959. Cienfuegos was a commander in Fidel Castro’s rebel army but died less than a year after their victory when his plane disappeared over the ocean en route to Camaguey from Havana. The plane and his body were never found but every year on Oct. 28, Cubans toss flowers into the sea in his honor. [AFP]