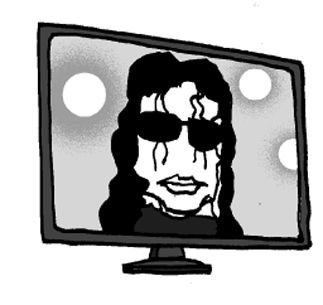 Bruce Lee was at the height of his career as an actor and a martial artist in Hong Kong when he met his unexpected death in 1973. His last film, “Enter the Dragon,” which was released in the United States in the same year, enjoyed unprecedented popularity, but entertainers were disheartened because they could not produce a new film with him.

However, someone remembered that there was about a 10-minute-long action scene that Lee filmed for his next movie right before his death. “Game of Death,” which was released five years later, was produced by adding related stories to the existing footage. For filming the introductory part, they picked a Korean actor, Kim Tae-jeong, who looked like Lee.

Therefore, Game of Death is recognized as a Bruce Lee film. “Tower of Death,” which was produced in 1981, claimed to be Lee’s last film. It is considered, however, to be the product of excessive profit taking. In this film, one can only have a few glimpses of Lee in action.

When Marilyn Monroe died in 1962, the production team of “Something’s Got to Give,” in which Monroe was playing a leading role, tried hard to revive the film without her. But their effort was foiled, because the length of the footage taken with her was too short. At last, it had to be left unfinished, instead of becoming Monroe’s last film.

Heath Ledger, one of the stars of “The Imaginarium of Doctor Parnassus,” which will be released next month in South Korea, died when the filming was only one-third of the way through. But they overcame the problem in a skillful way. Although the footage filmed before Ledger’s death in 2008 was not long enough, they recast Ledger’s role with three other actors, rewriting the plot to accommodate the character’s physical transformation. It is also said that top-class actors - Johnny Depp, Jude Law and Colin Farrell - willingly accepted the recast roles so that Ledger’s last film could be released.

“This Is It,” a documentary showing scenes of the rehearsals for the final performances Michael Jackson was preparing before his death in June, was released in 99 countries last Wednesday. It provides a rare chance to see Jackson right before his death, his fans rushing to the theater to see their hero. But some of his close acquaintances opposed the idea of releasing it on the basis that Jackson himself would not have released the rehearsal scenes to the public. His sister La Toya Jackson insisted that singers did not dance and sing to their satisfaction during rehearsal and that Jackson would not have wanted to reveal imperfect scenes to his fans.

She has a reason for saying so, but I think the fans have a stronger voice this time. Ultimately, the documentary of a performance that was not staged will make people say, “What a great performance it would have been, if Michael Jackson would have lived to perform it on stage!”